On The Waterfront (Best Picture 1954) 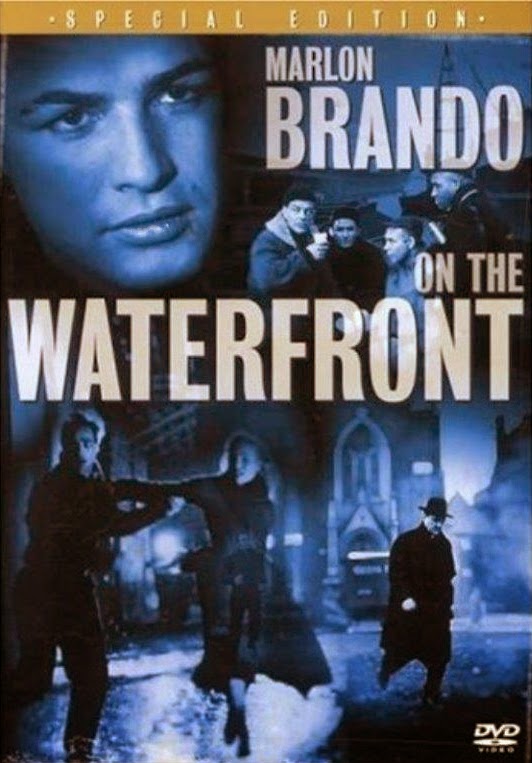 I had no real interest in watching On The Waterfront when I borrowed it from the library. I am not a big fan of Marlon Brando or of his "method" acting. Also, I had a vague idea that the film had something to do with McCarthyism, which did not appeal to me. So I went in with low expectations....

I was blown away by how good this film is.

Not only are all of the performances absolutely top-notch, but the story is riveting in both "big" ways (social injustice) and "small" ways (personal morality). I heartily recommend this movie. 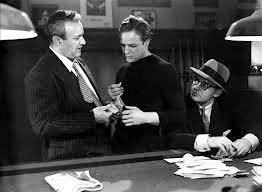 Brando portrays Terry, a young man who had once been a semi-professional boxer with dreams of success. Now he meanders through life with no passion or purpose for anything. He is being used as a tool of Johnny (the slick union boss played to the hilt by Lee J. Cobb), whose accountant is Terry's brother, Charley (Rod Steiger). Johnny likes Terry, who thinks is "good for a few laughs."

In the first scene a naive Terry is sent to call on his buddy Joey; when he does this, Joey is thrown from the roof by Johnny's thugs. The rest of the story revolves around various characters trying to find justice for Joey and others trying to keep the murder quiet. Father Barry, the local priest, leads the charge after Joey's sister Edie (a stunning Eva Marie Saint) challenges him to help.  One of the most dramatic scenes in the film comes when Edie is talking to Terry about Joey; she tells him that she knows Terry's heart is in the right place and that he would help if he could. We, of course, know Terry *could* help if he wanted to. The anguish is plain on his face. 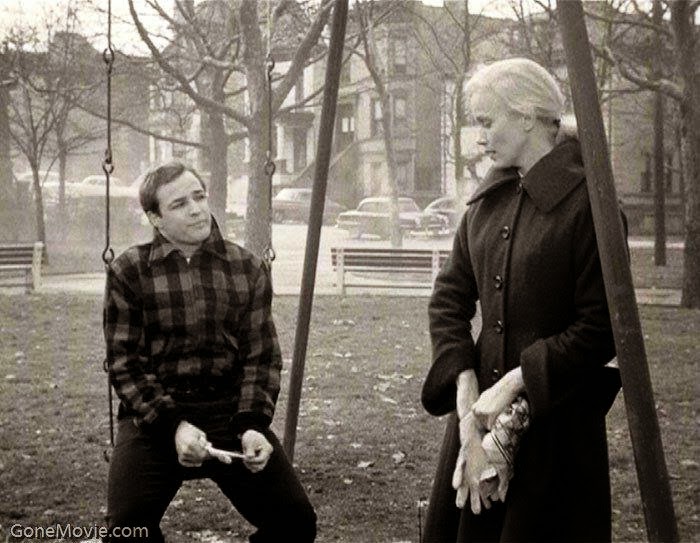 Father Barry (an excellent Karl Malden) attempts to guilt Joey's friends and co-workers into helping an official Crime Commission investigate his death, and the overall role The Syndicate plays in the longshoreman's union. After an elderly union member decides to speak up, a case of whiskey falls on him while he's unloading it. Father Barry stands up and tries to bring the shame of God down on the men. Malden hits all the right notes about "ratting" versus "telling the truth" in a bravura scene as he is pelted by garbage. This sermon (as it were) guilts Terry into confessing to Father Barry, who realizes that even if Terry can't talk to the Commission, he *must* tell Edie.  When he does, she throws him out. 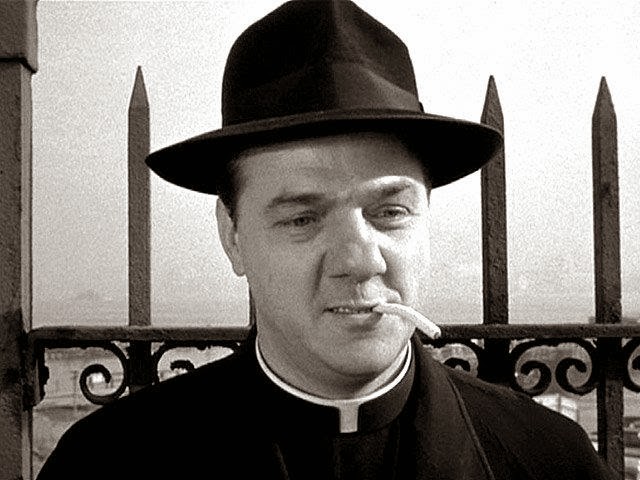 Johnny realizes something is going wrong and has Charley talk to Terry, to "take care of him." In the most famous scene of the film, Terry and Charley confront each other in the back seat of a taxi. When Charley tells Terry not to "squeal," Terry explodes with rage and disappointment. It turns out that Terry was well on his way to becoming a boxing champion when Johnny had Charley tell Terry to throw a fight. Terry did, but was never taken seriously again. In a performance that helped him win the Academy Award, Brando cries out, "I coulda been a contender!" It's a gut-wrenching scene of masculine love and disappointment. 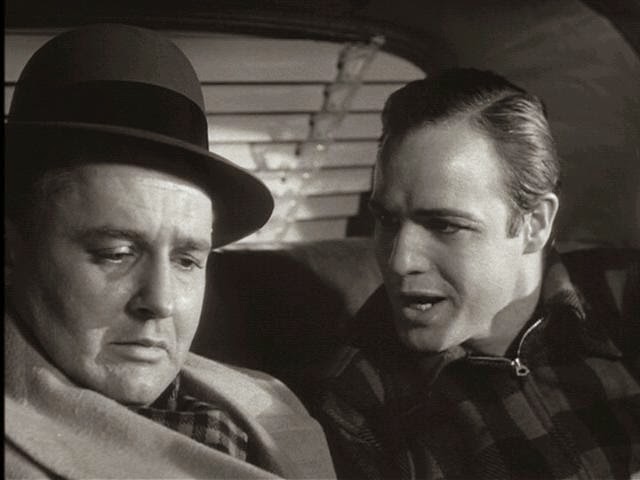 In the end Johnny over-plays his hand, and Terry decides to testify before the Commission. Afterwards he goes back to the docks but is ignored by all of his so-called friends, who don't want any trouble. Fed-up, Terry pushes Johnny, and Johnny's thugs beat Terry up badly. Father Barry and Edie arrive, saving him from being murdered out-right. While all of that was happening a freighter has arrived and desperately needs to be unloaded. The men finally decide to side with Terry against Johnny. They follow his lead, so Terry, a bloody mess, staggers into the warehouse and his men follow.

See what I mean about the drama? It's easy to think, "what would I do in this situation?" Given the atmosphere of McCarthyism at the time, something should be said about "ratting." Is it okay to report a murderer and a cheat? I would say yes. Is it okay to report on a Communist, in a so-called "free" country? I would say no. Given that director Elia Kazan did, in fact, report to the House Un-American Activities Committee about Communists he knew in Hollywood, this film has a little bit of gravitas it might not otherwise have. My advice is for you to see this film for yourself and judge for yourself.

A lot of hyperbole, but a lot of good scenes in this trailer.
"One film you must see!" Indeed.


Also Nominated:
(in alphabetical order)
The Caine Mutiny
The Country Girl
Seven Brides For Seven Brothers
Three Coins In A Fountain
The Caine Mutiny is a wonderful dramatic piece with Humphrey Bogart cast against type as a neurotic ship captain during World War II. The Country Girl is an absolute stunner starring William Holden, Bing Crosby, and Grace Kelly. Crosby is an alcoholic has-been and Kelly is his no-nonsense wife, tempted into infidelity by Holden. She is absolutely cast against type yet holds her own. She showed the world that she was a serious actress; she won Best Actress in this role. If you have only ever seen her in Rear Window or Dial M For Murder or High Noon, watch this film. You won't believe how great she is. Seven Brides is a fun MGM musical that doesn't compare to these other films whatsoever, but at the very least has more appeal than the standard romance Three Coins In the Fountain. Listen to the song by The Four Aces and call it a day.
Posted by Russell at 7:00 AM