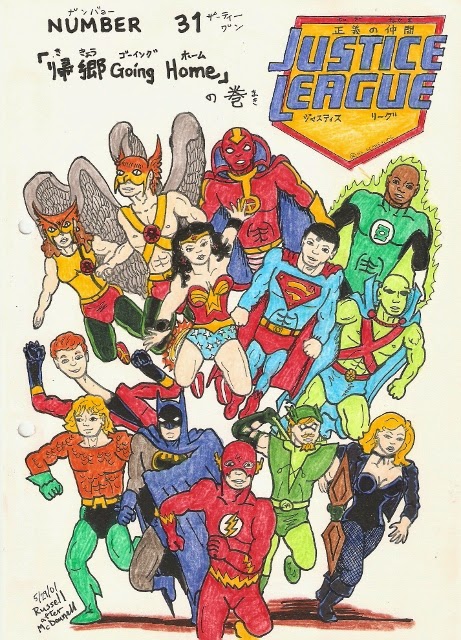 I will say up-front that I really liked this story as it was written, but I'm not a big fan of my art. Again, I have to say that I think of myself more as a writer-designer and less as an artist.

That being said, I *did* like how I started and ended the story with the traditional straight-lined comic box outlines, then with all of the dream sequences using rounded outlines. Did you notice that? That's the only artistic point I'm really proud of in this issue.

As for the story, I wanted to bring back Dr. Destiny because I really didn't like the way his original story went (issues 15 and 16). One of the stories I have been thinking about for years was his return. I had all sorts of ideas for nightmares and dreams that I considered using. I finally settled on this plot.
Read more »
Posted by Russell at 6:30 AM No comments:

Well here we are about to get into my 33rd JUSTICE LEAGUE adventure. Ready?