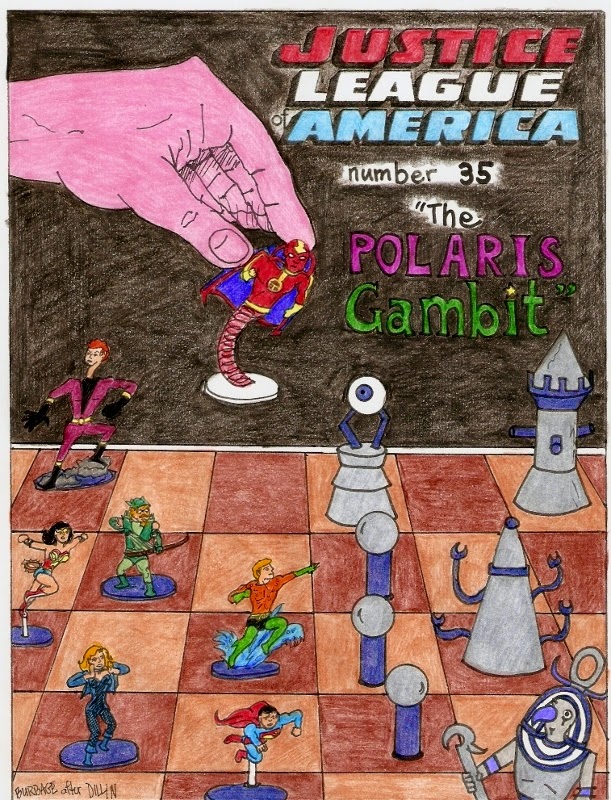 I can't say too much about this issue without giving the major plot points away. Suffice it to say that if you don't recognize the title or know whose hand that is on the cover, you're in for a surprise.

Speaking of that cover, it is my homage to one of my favorite splash pages, by Dick Dillin and Dick Giordano, from JUSTICE LEAGUE of AMERICA #111. I like how it turned out, but I don't like the black pencil. I should have used a black sharpie on the original instead. 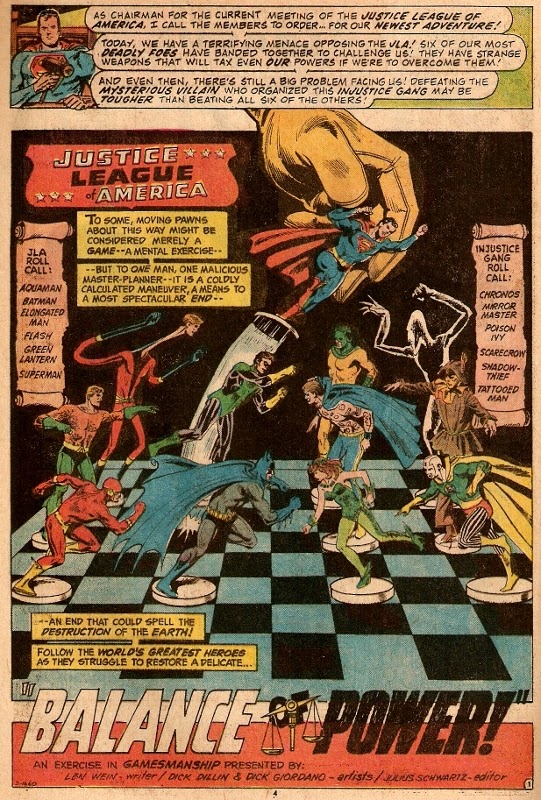 If you play or collect Hero Clix, you might also have noticed that the poses of the pieces here mirror the Hero Clix characters.

This story is based on a plot by Gerry Conway. He wrote a story for an issue of JLA that I won't reference here to spoil the surprise but the only characters I kept from his story were Aquaman, Black Canary, Green Arrow, and Superman. I will talk about this in more detail in the Afterward, too. I did like including Mera here, though. I think Aquaman would always be on patrol with her or Aqualad, don't you? You're not supposed to swim alone, you know. 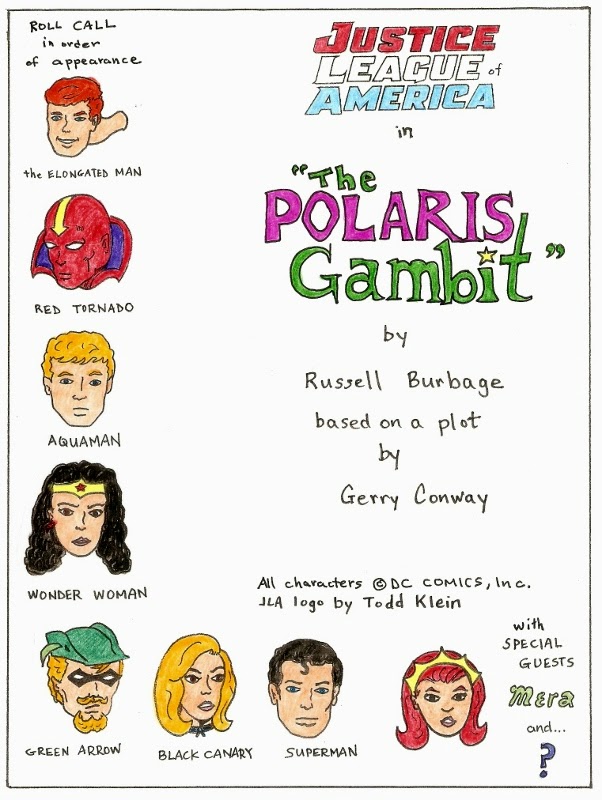 Be back on Comic Book Wednesday for the full story!
Posted by Russell at 7:00 AM