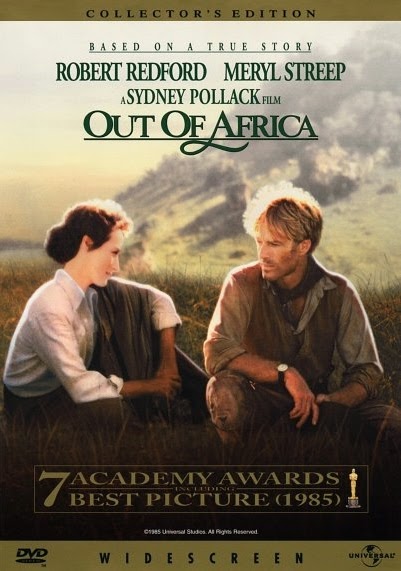 This film about Africa always reminds me of Japan. It came out in 1984 but did not arrive in Japan until 1985. I was an exchange student and it was one of the films I saw while I was living in Sendai, Miyagi. In fact, my friend, the only other American in town, saw the movie quite a few times. I'm pretty sure I saw it at least twice. Later I came across the book Out of Africa by Isak Dinesan and read it. And *that* happened while I was in Japan, too. So the film is very sentimental to me. However...that doesn't make it a great film. 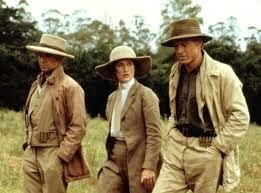 Meryl Streep stars as Karen Blixen, who, facing poverty and a lack of prospects, agrees to marry her friend, Baron Blixen. He is on his way to Kenya, so she decides to join him, even though she was actually in love with his brother. This is an odd way to start what turns out to be a rather odd film. The plot of the film can be summed up in a few sentences: Karen goes to Kenya, Karen grows attached to Kenya, her husband sleeps around leaving her lonely, she hooks up with Robert Redford, her coffee plantation burns down, she leaves Africa. (Spoiler alert? It's right there in the title!) Although Streep is fantastic (her European accent is sufficiently exotic) and Redford as hunter-turned-safari-leader Denys exudes a gravity I hadn't noticed from him before, the story doesn't really let them do much. The story is ploddingly slow, and no scenes really stand out. No, the real star of the film is Africa. 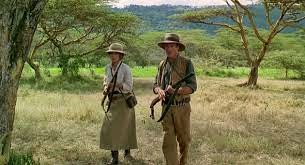 If this film is great it is because of the cinematography, the location shooting, and the spectacle. The scene where Karen leads a supply train of oxen through Nairobi is fantastic. The scenes on the plains where Karen is enjoying the antelopes and buffaloes (and is nearly eaten by a lion) are beautiful. And the scenes where Denys flies a bi-plane through Kenya is one of the most beautifully epic scenes I've ever seen. It made me think, "WOW! I want to go to Africa...!' when, you know, I don't really want to go to Africa. That's how powerful this film's cinematography is. 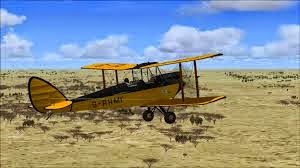 Frankly, there isn't much more to say about this film. It is a romance between two wildly different and independent people set against the vast countryside of Kenya. The characters are re-active in a very pro-active way. Karen cherishes her individualism, yet refers to the people living on "her" land as "her Kikuyu (tribe)." Denys is ruggedly handsome and handsomely rugged; he cherishes his independence, too, but also cherishes Karen in a "I don't want to get married" way. One of his lines about what significance a piece of paper (a marriage license) has on their relationship is a line we hear all the time today. He doesn't want to help the British colony during WWI, yet somehow ends up helping them anyway. The real Denys was British, but Redford obviously isn't, which is somewhat confusing. The most dramatic these two actors get is when he offers to take a woman on a safari, but Karen gets jealous. He fights back, pushing her to admit that she trusts him and does not expect anything to "happen" while he is touring with the woman. Yet she maintains, out of pride or some odd sense of possession of him, that she does not want him to take her. They end up breaking up over this: in his eyes she doesn't trust him, and in her eyes he doesn't respect her perfectly simple  request. My friend and I had many discussions about this relationship when we saw this film, and those discussions came flooding back to me when I watched this again. 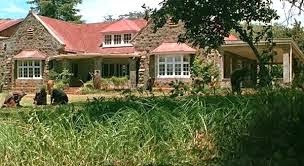 By the way, my favorite character in the film is the Kenyan servant Farah, played by Malick Bowens. He is always there, like Batman's Alfred or Robinson Crusoe's Man Friday, stoically helping Karen in all her endeavors. I was greatly impressed by him. 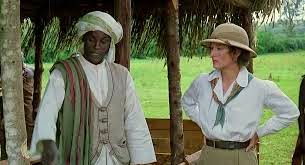 If you have nearly three hours to watch a grand spectacle of Africa, presented in the same vein as Lawrence of Arabia or Gandhi but based on a story more similar to Terms of Endearment, you will enjoy this film.

Out of Africa
*Academy Award Best Picture of 1985*
Produced and Directed by Sydney Pollack
Screenplay by Kurt Luedtke
Based on the books
Out of Africa and Shadows On The Grass
by Isak Dinesen
and
Isak Dinesen: The Life Of A Story-Teller
by Judith Thurman
and
Silence Will Speak
by Errol Trzebinski

I wish the film had moved at such a brisk pace...!


Also Nominated:
(in alphabetical order)
The Color Purple
Kiss Of The Spider-Woman
Prizzi's Honor
Witness
This is the first time I think that I had actually seen each of the nominees for Best Picture while they were out in "first run" distribution. This is because I was in Japan for nearly a year, and the one way to hear English was to go to the movies (TV was all in Japanese, duh). Witness was a huge success in Japan, by the way. Harrison Ford was excellent as the policeman trying to protect an Amish boy who witnesses a murder while visiting NYC. Ford was nominated for Best Actor for this role. Jack Nicholson was also nominated for his role in Prizzi's Honor as a mob hit-man who faces off against another mob assassin who turns out to be his girl-friend! And William Hurt won Best Actor for his role in Kiss Of The Spider-Woman, a dark film about political prisoners in Central America. That leaves only The Color Purple, the film of the book by Alice Walker that earned Margaret Avery, Oprah Winfrey, and Whoopi Goldberg acting nominations but ended up not winning any awards at all. The book was better.
Posted by Russell at 6:00 AM