Braveheart starts off easily enough, with beautiful scenes of Scotland as young William Wallace frolics with his father and older brother. The older Wallaces are on their way to a gathering of leaders to discuss with representatives of the King of England on how to "manage" Scotland. However, all of the leaders are murdered, causing the Wallaces to join the movement for War. They go off and are promptly killed. Young William is sent to live with his uncle, who teaches him French and Latin and takes him around Europe. He returns to Scotland a few years later looking a lot like Mel Gibson. 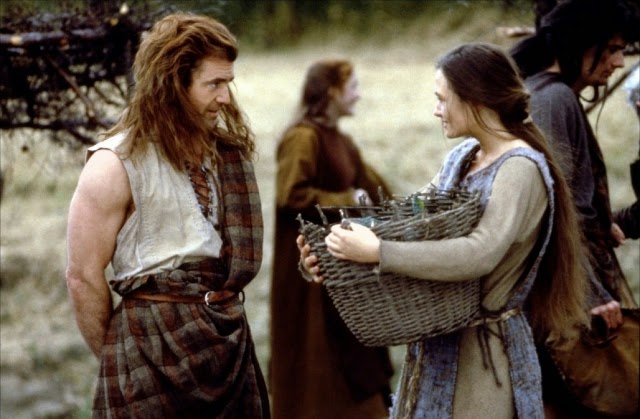 Grown-up William Wallace re-connects with his best friend Hamish and his love, Murron. He courts her VERY slowly and then marries her secretly. This is so that she will not be raped by the English overlords, who have been claiming "first night rights" with newlywed women in their districts. It is also because her parents don't like him. She is attacked by the English army during one of their raids of a Scottish village, and when she fights back she is executed. Wallace then leads an attack against the local nobleman and his forces, eventually slitting the nobleman's throat the same way that Murron's was. Wallace's quest for revenge has now morphed into a quest for justice and freedom from the English. He is now the leader of the Scottish Rebels.

In England King Edward, portrayed with evil gusto by the great Patrick McGoohan, orders the local forces to destroy the rebellion. Instead Wallace out-strategizes them, defeating the entire English army in one long, slow, bloody battle sequence that lasts more than ten minutes. Wallace knows he is lucky; he considers himself a patriot, but not a leader or tactician. He knows that his side won because they were lucky, and because the English under-estimated them. He begs the local leader, Robert the Bruce, to join his forces, but he refuses. Wallace has no choice but to lead the rebel army south into England, defeating the King's nephew at York. 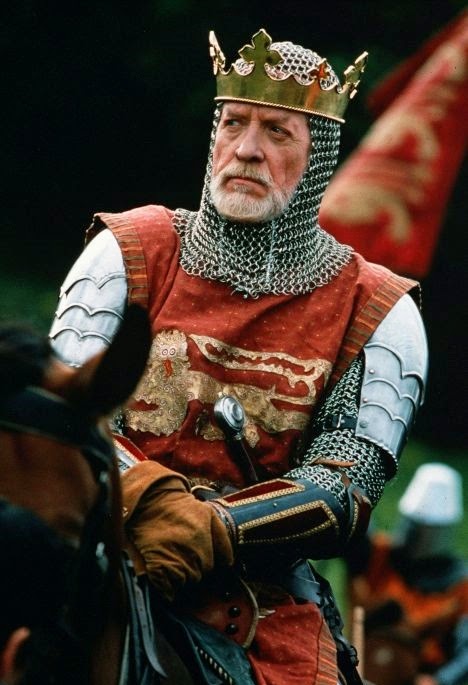 The King sends his daughter-in-law, Princess Isabella, to negotiate with Wallace on his behalf. He can not go on his own, and he does not trust his incompetent son The Prince to go. So while she is dispatched to meet with Wallace, he also orders English and Irish armies to Scotland. Isabella, a compelling Sophie Marceau, is in a political marriage to a gay man. She is attracted to Wallace and also sympathetic to his cause. She learns that he can speak French and that he is not the barbarian he has been described as, so she decides to help him. Still, Robert the Bruce and the other Scottish clans betray him to the King, and his forces are routed. 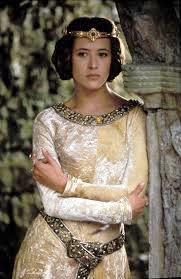 Wallace goes underground, rallying forces and executing the two main clan leaders for betraying him. The Princess gives him more intel, and they end up sleeping together. But when Wallace trusts Robert the Bruce, they are both betrayed, and Wallace is captured and shipped to London. He is tortured, but does not vow loyalty to the King. Eventually, Robert the Bruce decides to fight for Scotland's freedom. 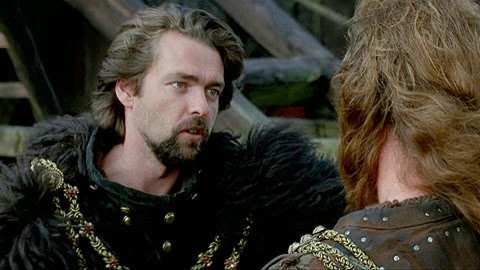 Braveheart is a film of contrasts. The scenery is beautiful, as the film was shot on location in Northern England and in Scotland. The fighting and King Edward, however, are as ugly as they could be. There are two huge battle scenes, expertly chororeographed and staged by the director. Still, there is a lot of gore and wanton violence. Patrick McGoohan as the King is the most evil character in a Best Picture since...well, Hannibal Lector in Silence of the Lambs, I guess. He claims to be doing everything for his son, but you know he is only working to shore up his own power. In one scene he totally ignores his idiot son. In another, he throws his son's lover out a castle window for presuming to talk to him about war strategy. By the end he is dying everyone is happy to see him go. The heroism and naivete of William Wallace is also in contract to the scheming Scottish noblemen and the King. He wants so much to believe that freedom for Scotland is an easy thing to get that he allows himself to be used and betrayed by, well, politicians. It is also a fine comeuppance when he kills the two men who left him to die on the battle-field.

According to what I have read the film is full of plenty of historical inaccuracies, specifically the role of the Princess. But I am not a student of Scottish history, so I don't know what was true and wat was made up. I did not notice anything specifically odd in the story itself. Still, I am sensitive to criticism of Hollywood "biographies" that get the facts wrong. Besides, I am not surprised that the writer did not win Best Screenplay. The story is long and drawn-out. The battle scenes are complicated and well staged, but do we really need more than one full-on war in this film? Also, there are plenty of loving, romantic scenes between William Wallace and his wife, filmed LONG and boringly by Gibson. Once she is dead we hope that the movie's speed would pick up. However, after Wallace meets the Princess, we see we are in full-on "romance" mode again. Contrasted with the violent scenes the romantic and sexual scenes are more tender, but they are not enough to balance out against the gore. Also, the last scene were William Wallace is tortured to death is long and painful to watch. Wallace is literally drawn and quartered, and if you don't know what that means of torture is, you can either look it up or you can watch the last 10 minutes of this film. I could not help but be reminded of the similar torture scenes from The Passion of The Christ, also directed by Mel Gibson.

If you like your violence with a dash of humor, history, and romance you will enjoy this film. If you want historical drama that sticks to the facts and isn't covered in blood and gore, you should probably skip this one.

This trailer "sells" the epic-ness of the film,
which certainly is worth mentioning


Also Nominated:
(in alphabetical order)
Apollo 13
Babe
The Postman (Il Postino)
Sense & Sensibility
For the first time ever, I have not seen ANY of the other nominees for Best Picture. Apollo 13 is about the ill-fated mission to the moon starring Tom Hanks. By this point I was tired of Hanks, so I skipped this one. Babe is the story of the talking pig, which....yeah. I didn't watch that (nor have I ever read Charlotte's Web. I like bacon!). The Postman is a film I have never even heard of. Maybe it was not released in Japan? And Sense & Sensibility is a "chick-flick" based on the novel by Jane Austen. My wife may have seen it, but I guess I never got around to it.
Posted by Russell at 6:00 AM