I have a pop-culture question for you, and I don't want the title of this post to necessarily affect your answer in any way. Go ahead and name a TV show that is at least 50 years old that you think still has some cultural resonance today. For example, "I Love Lucy" is a good example of what I mean; is there anyone over the age of 12 who doesn't recognize the four leads from that show, and who laughs whenever the show comes on?

Similarly, is there anyone in the United States who would not be able to recognize the classic Starfleet uniform, the USS Enterprise, or maybe even Mr. Spock?

I don't think so.


Fifty years ago, on September 8, 1966, a small television show produced by a small TV studio named Desilu made a huge debut on NBC-TV. Although Star Trek had gone through two different, equally entertaining pilot episodes, the show chosen to air first was "The Man Trap," which was actually the fifth episode filmed. It didn't cause much stir. 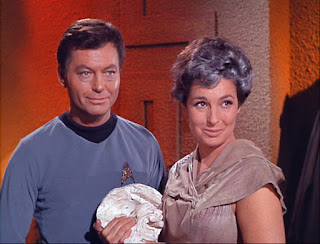 But from the littlest seeds grow the biggest trees, because here we are, fifty years later, celebrating all things Trek. The original series never cracked the Top Ten, and was gone in only three years. But can you name ANY of the Top Ten television series of those years?* My guess is no; Star Trek, on the other hand, has gone on to have "legs." After it was cancelled in 1969 it fairly quickly was sold into syndication, where it thrived; that's where I first saw it. 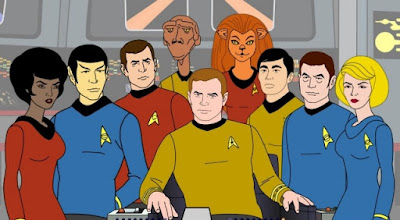 The Original Series, as it is now called (or "TOS" for short), spawned cartoons, novels, magazines, toys, spin-off TV series, films, and, in a very real sense, the current "comic-book convention" phenomena. After the series went off the air, fan groups organized events where the stars or creators of the show would appear and sign autographs, among other things. The first, in New York City in January 1972, expected only a few hundred people to attend and got several thousands. It was a portent of things to come. 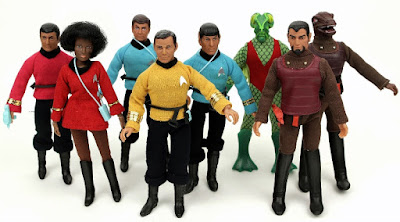 After a series of film sequels, Paramount Pictures (who had bought out Desilu) finally came up with a new Star Trek series: The Next Generation. And from 1987 through 2005, there was never NOT a Star Trek series on television! Besides the original three years and a year of animation, that's 18 more years of Star Trek! 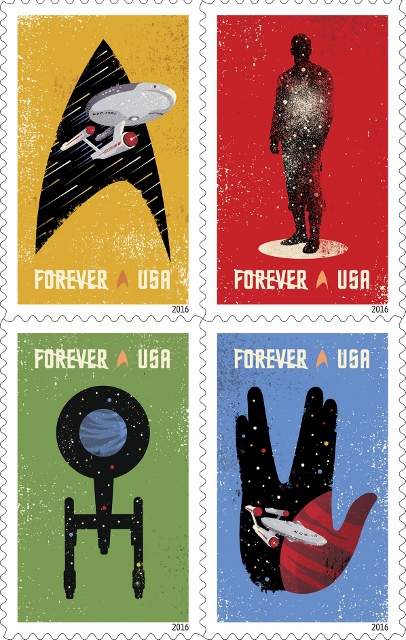 This year, to help celebrate the 50th anniversary of Star Trek, both the United States and Canadian postal services are issuing out commemorative postage stamps. US and Canadian laws regarding who can appear on stamps are different, so while in Canada the actual actors from the series are featured, in the US only stylized illustrations will be used. I love them both, but of course can only use the US stamps from where I am. I've ordered about a dozen sheets, and will probably never use a different stamp again (.....until some more super-hero stamps come out, of course...!) 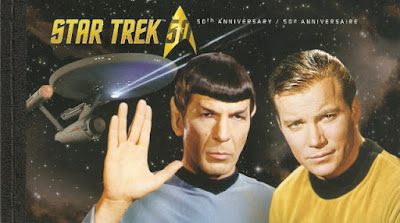 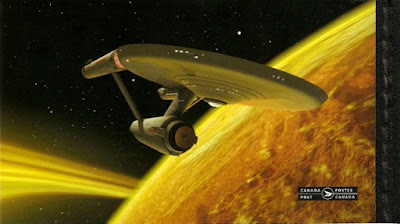 And in case you didn't know, one of the reasons that Canada is issuing out stamps to mark the debut of a US TV show is because three of the main actors are from Canada: William Shatner (Captain Kirk), James Doohan (Mr. Scott), and John Colicos as the Klingon Kor from the episode "Errand of Mercy." 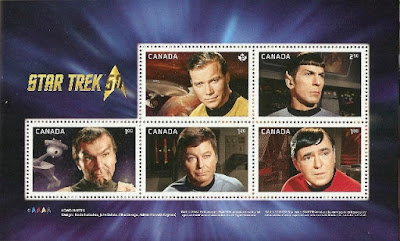 So why the Big Love for Star Trek? People have been asking that question for nearly 50 years, but here is my opinion. As Star Trek appeared and slowly built in popularity, it changed society by changing the face of television. Lt. Uhura was a black woman on TV who was not a maid. Mr. Sulu was an Asian in a position of power. Multi-cultural groups worked together in peace, in the cause of peace. 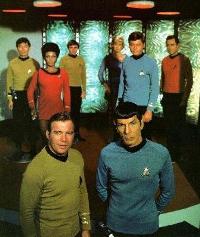 Pop in an Original Series into the DVD player, or catch an episode on Me-TV and yeah, the costumes were cheesy and the acting was sometimes over. the. top. But generally speaking, Star Trek presented a future where we had not blown each other up, and where we could now all get along as we headed out into the stars.

That was a great message to have in 1966, and resonates to this day. 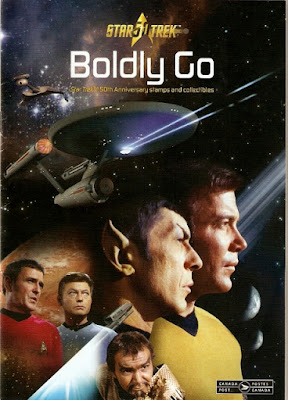