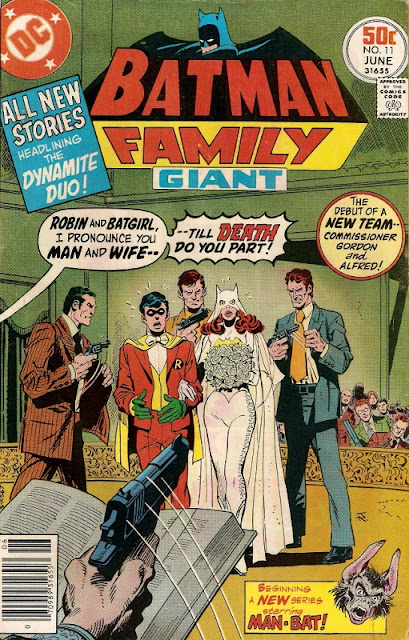 Synopsis:
Man-Bat has relocated from Chicago to New York City. Kirk Langstrom has mastered his transformations, and is trying to be a success as a "super-hero for hire." 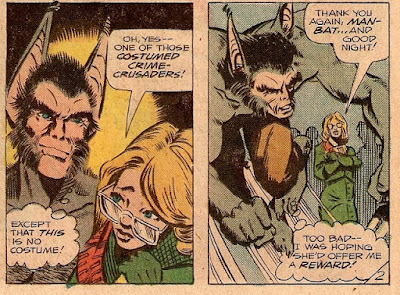 After a full night on patrol, he heads home as the sun begins to rise. He complains to his wife, Francine, that he only earned $20 from a grateful liquor store owner for preventing a robbery. As they watch the early news show together, he sees footage of Snafu, who robbed 21 stores in a 3 block area near where Man-Bat had been patrolling. Kirk is upset that he caught a mugger and left before Snafu arrived, but he is happy to hear that there is a reward for Snafu's capture. He vows to find him and collect the reward that night. 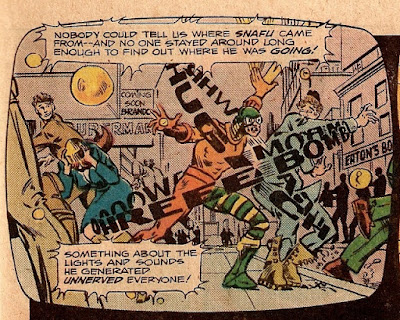 So after sleeping most of the day, Man-Bat flies the skies again when the sun goes down. Using his ability to "tune in" on criminal activity via his sonar powers, Man-Bat finds Snafu on Broadway. Snafu uses lights and sounds to disorient people so that he can rob cash registers undisturbed. Man-Bat is momentarily discombobulated. 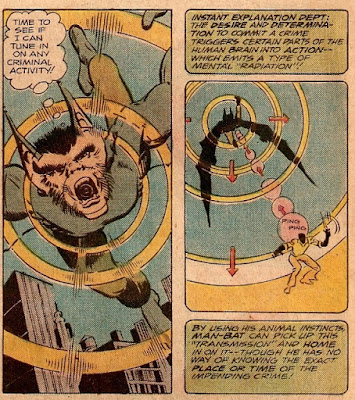 However, he closes his eyes and uses his sonar power to "see" Snafu. Then hearing only his own bat-call SKREE, Man-Bat is able to ignore Snafu's pyrotechnics and capture him. He leaves instructions with the police on how he wants to claim his reward. 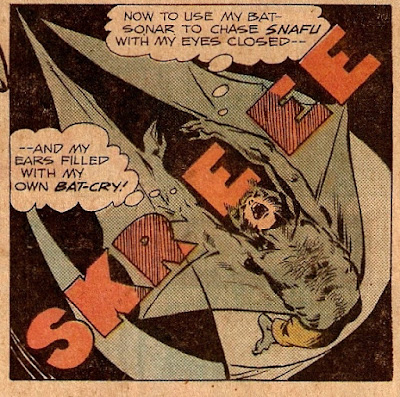 Elsewhere, someone is planning to sic the Sunset Gang against our hero.


Commentary:
With this issue, the giant-sized series Batman Family goes from having one new story and reprint back-ups to All-New material, and who should get the first open story slot but Mr. and Mrs. Kirk Langstrom? This seems only fair, as you may recall that Man-Bat's first appearance slash origin story (Detective Comics #400) was reprinted in the very first issue of Batman Family two years before.

The Langstroms' adventure continues after their his recent adventure in Detective Comics. They have relocated again (from Gotham to Chicago to New York City), but no real reason is given. Probably previous writer Martin Pasko had some affinity for Chicago, but current writer Bob Rozakis preferred his city, New York. Regardless of the move, I like how when we first see them Kirk and Francine have settled into some sort of normalcy. For whatever reason, they are no longer worried about Francine transforming into She-Bat. In fact, Francine is now pregnant, an extremely risky medical condition for anyone who had fears of becoming a vampire bat-woman. The baggage of Francine being susceptible to unwanted transformations is gone, allowing for a tighter focus on her husband trying to be a super-hero.

The art is by Marshall Rogers, one of the newest and brightest "rising stars" at DC at the time. He is soon to be paired with inker Terry Austin and writer Steve Englehart on a classic run in Detecive Comics. In the meantime, we get one or two more Man-Bat stories out of him. This issue his inker is Tex Blaisdell, who seems ill-at-ease at this type of adventure yarn.

This story has not been reprinted. Because it is only nine pages, I re-present it to you now in its entirety.
For the sake of nostalgia, I have also included the letters' pages from Batman Family #13 which features commentary on this story. 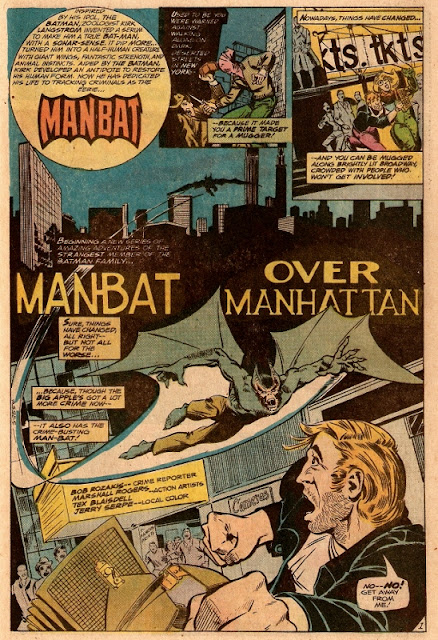 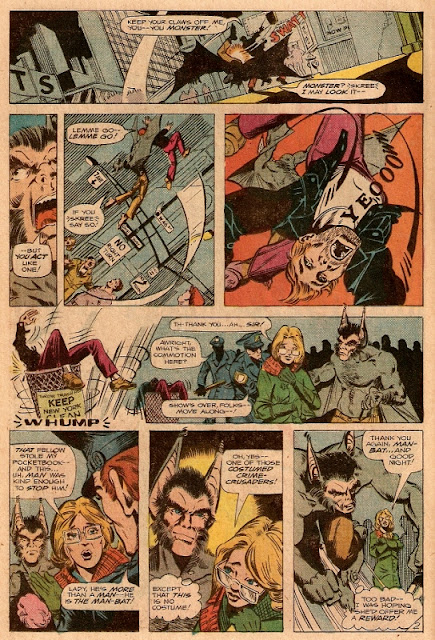 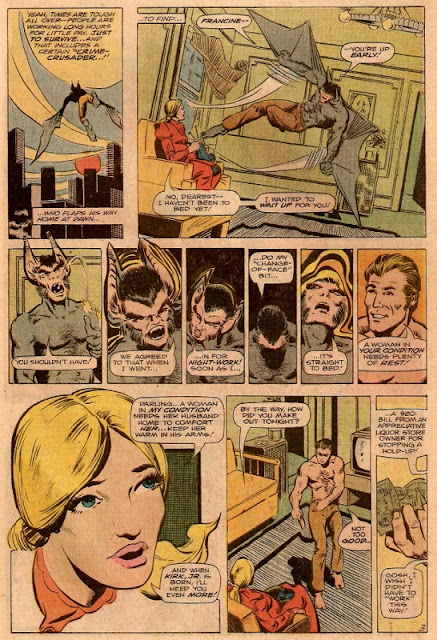 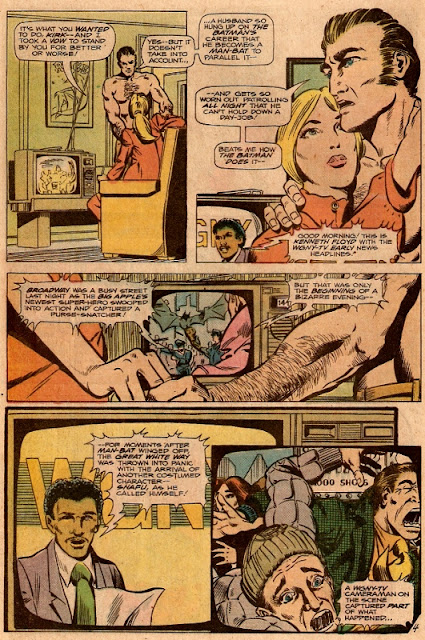 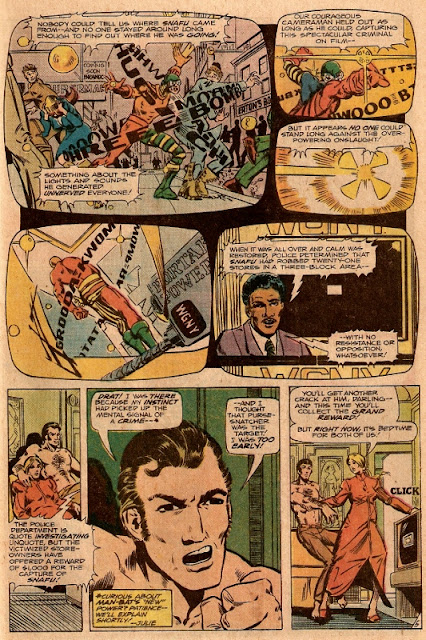 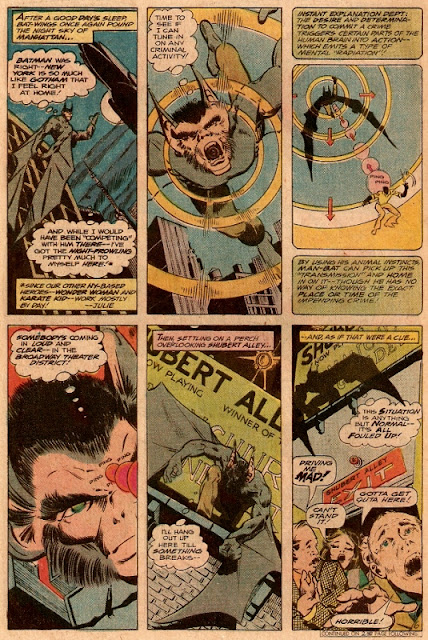 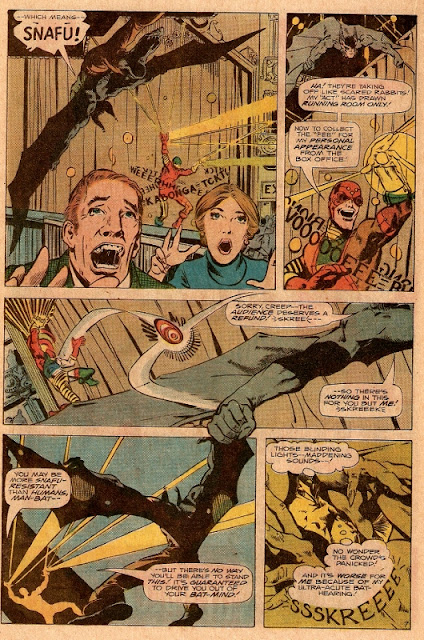 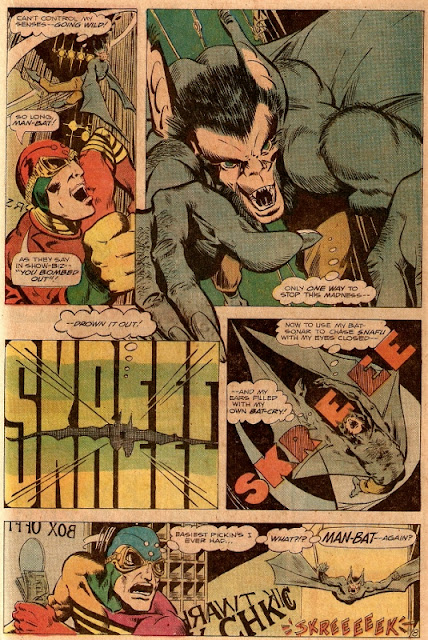 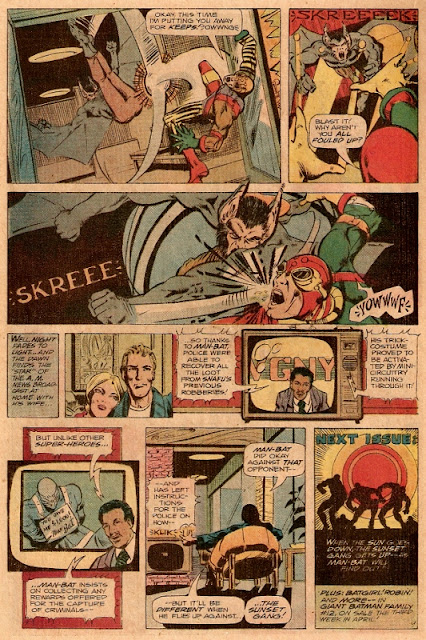 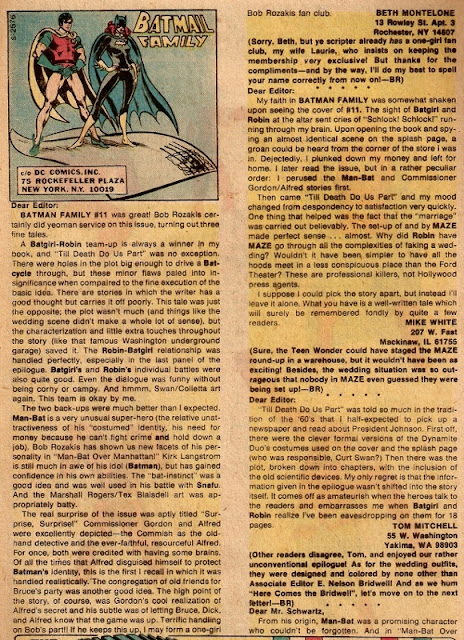 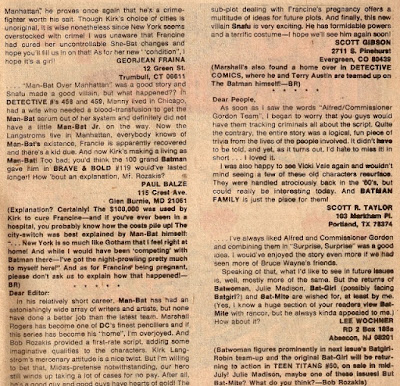 SKREEK!!
Man-Bat was created by Frank Robbins and Neal Adam
Posted by Russell Burbage at 6:00 AM