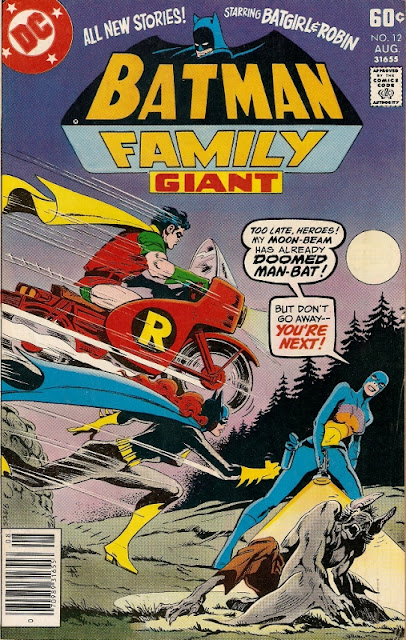 
Synopsis:
At a free concert in Central Park, Kirk and Francine are preparing to enjoy their evening when a jaguar appears on the scene. It scares most of the people off, and attacks some of the others. Kirk transforms into Man-Bat to fight it, managing to knock the wind out of it. 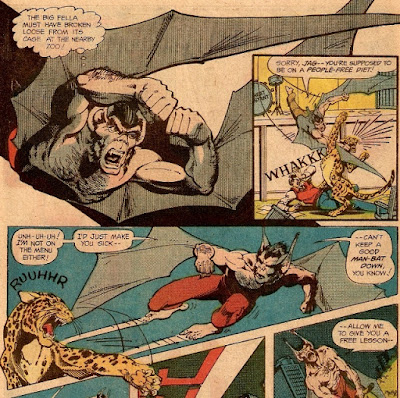 However, his animal instincts pick up another incident of criminal activity in the park. He grabs Francine and flies her to a nearby hotel, where he tells her to stay in the lobby until he can get back. 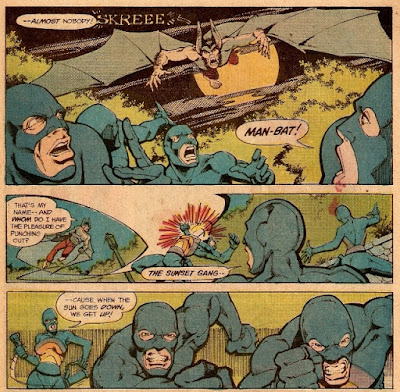 At the Metropolitan Museum of Art Man-Bat encounters the Sunset Gang. He manages to stop the three men and is about to capture the one woman when the jaguar suddenly reappears, attacking him. Because it catches him by surprise, it manages to bite him on the leg. The Sunset Gang then uses a concentrated moon-beam light to transform Man-Bat into a were-jaguar. The Gang then escapes as the police home in and try to kill "the jaguar." 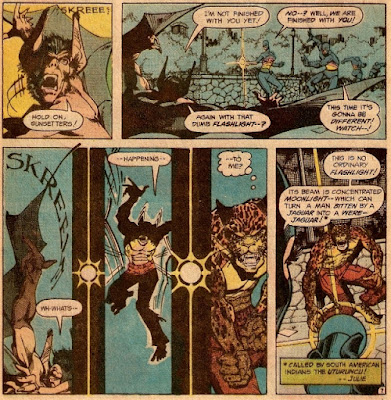 Man-Bat as a were-jaguar manages to evade the police all night. When the sun comes up, the sunlight manages to return him to normal....well, to Man-Bat, anyway. He returns to the lobby and tells Francine what happened. 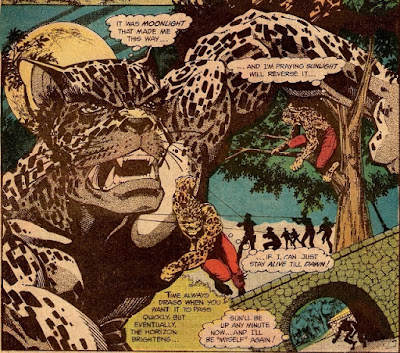 Commentary:
This is a fine little story with absolutely fantastic art. If you are not familiar with the Marshall Rogers & Terry Austin art team, you are in for a treat when you read this story. Marshall Rogers was a draftsman who wanted to be an architect before deciding to be an artist. So his panels are off-shaped and his page designs interesting. He changes the shape to match the wing-span of Man-Bat, for example, and seems to really enjoy drawing Man-Bat in flight.

The plot, especially compared to the art, is hardly worth mentioning. The Sunset Gang is a great name, but the idea that they knew Man-Bat would appear to try to spoil their robbery seems a bit too coincidental. What if Wonder Woman or some other NYC hero had appeared instead?

On the other hand, it seems telling that they have received their weaponry from their boss, "Mr. O," and aren't quite sure how it works. Clearly the concentrated moon-light beam only works *after* someone is bitten by a jaguar. That point must have been in the fine print. Speaking of coincidences, though, how could they know that the jaguar would actually bite their opponent? Seems kind of an iffy plan to me.

As a lead-in to next issue's conclusion, though, it serves its purpose and did I mention yet how beautiful the art is?

This story has not been reprinted. Because it is only ten pages, I re-present it to you now in its entirety.

For the sake of nostalgia, I have also included the letters' pages from Batman Family #14 which features commentary on this story. 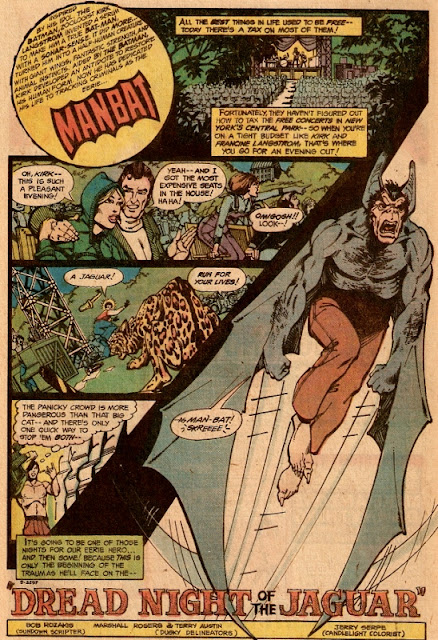 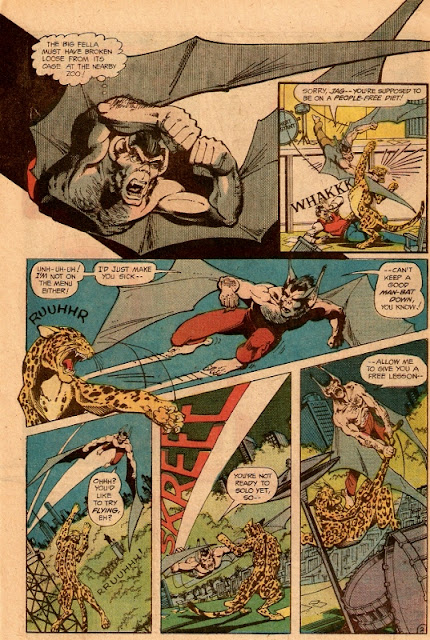 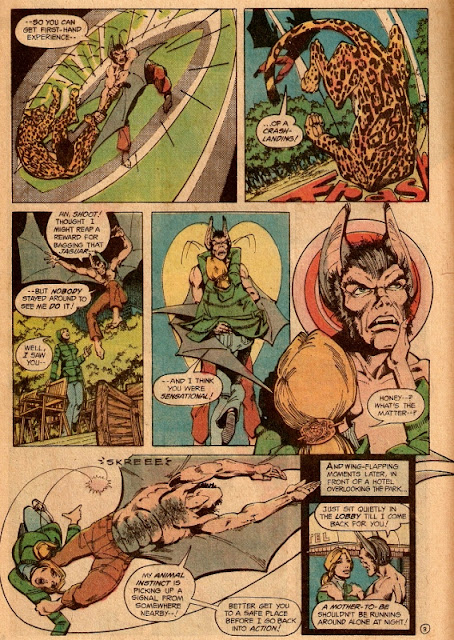 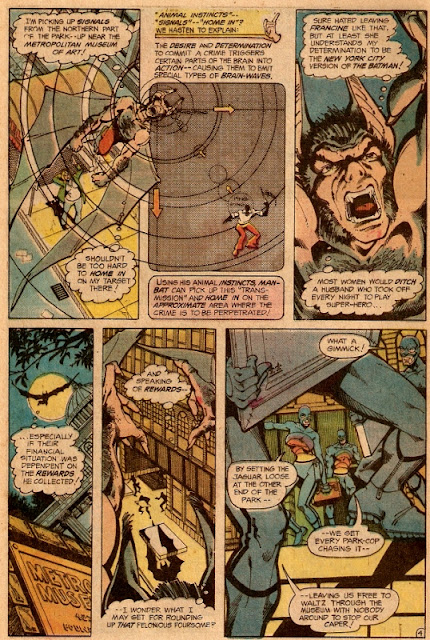 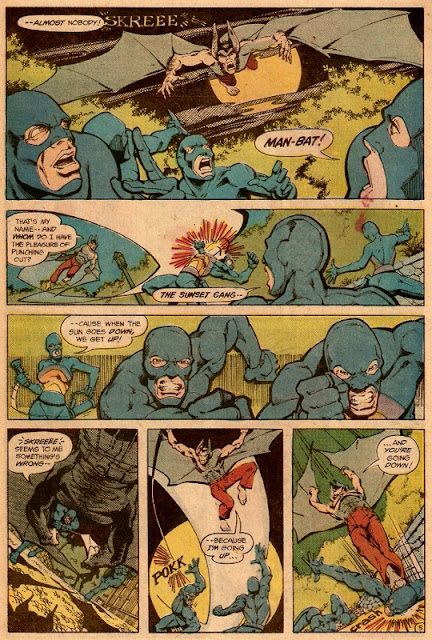 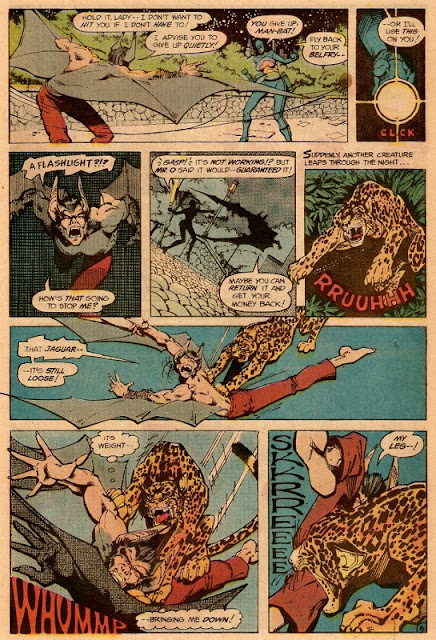 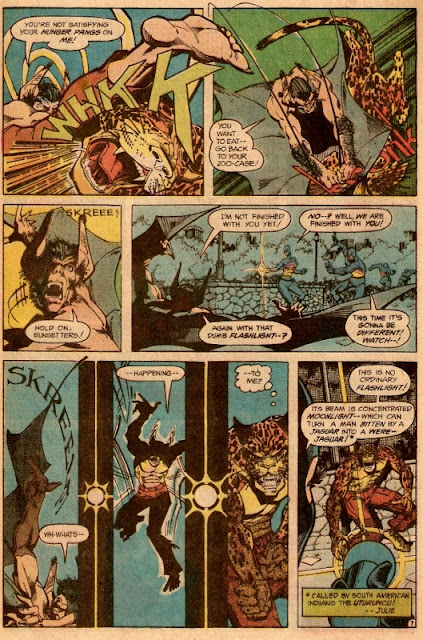 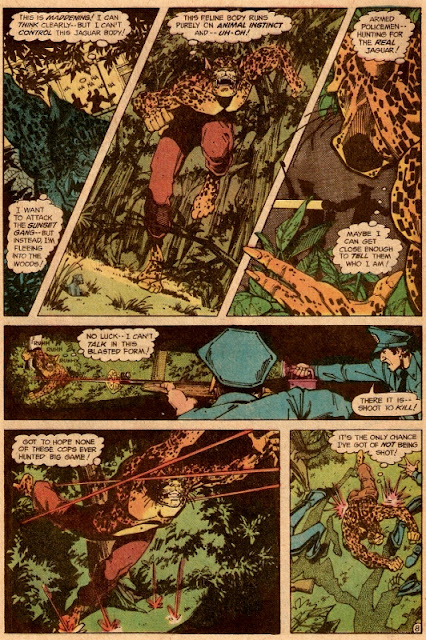 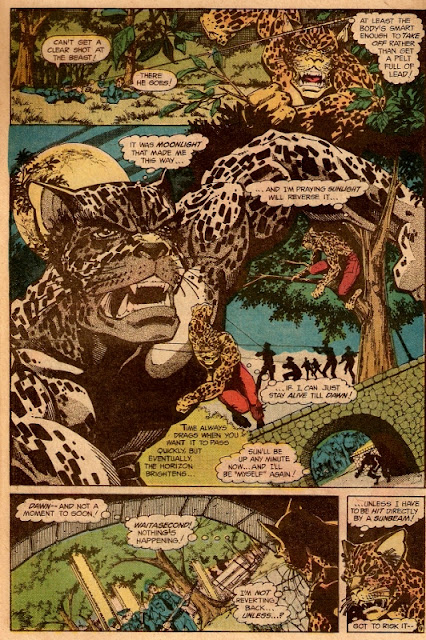 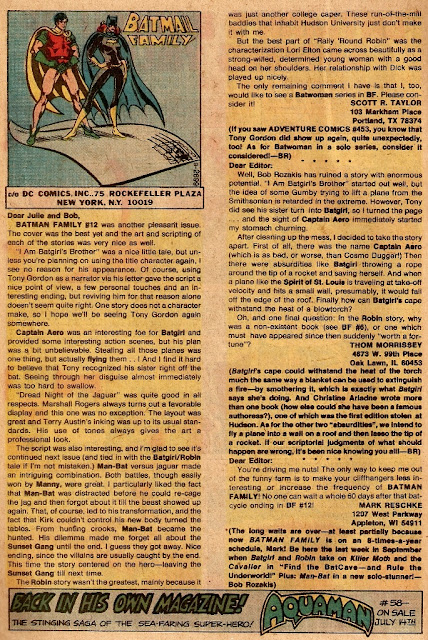