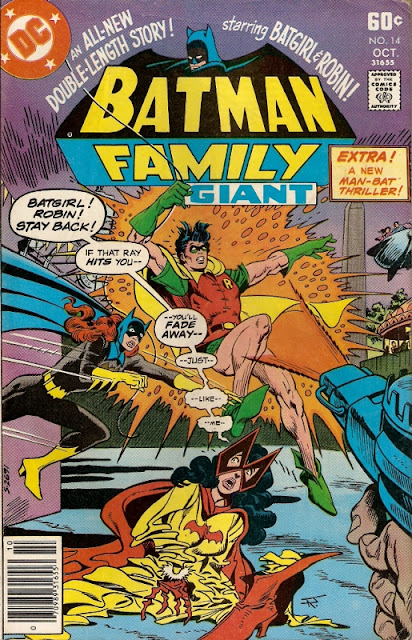 Synopsis:
Our story begins in the apartment of Ambrose Robertson, who is watching the late-late show "Monster Mayhem" at 4 am. He is a monster fanatic who has the tools to fight any real-life monsters. In-between commercials he happens to see Man-Bat arrive back at his apartment, which happens to be right above Ambrose's. 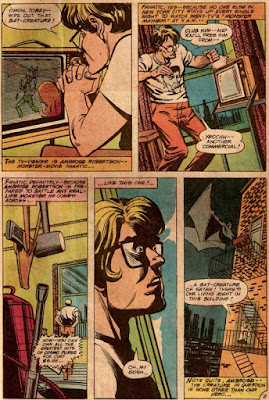 Man-Bat changes back to Kirk and tells his wife, Francine, about his evening. He made $110 fro stopping a mugging and rescuing a runaway poodle. As they head to bed, Francine tells Kirk that "that man" came by again to talk to him. She couldn't remember his name, "Bart" or "Bard" or something.

Downstairs, Ambrose prepares to exorcise the bat-demon from the poor man who lives upstairs.

The next night, as Man-Bat returns to his apartment again, Ambrose calls him over. He has wired his fire escape to shock "the demon," and it works. Ambrose drags a stunned Man-Bat into his apartment. 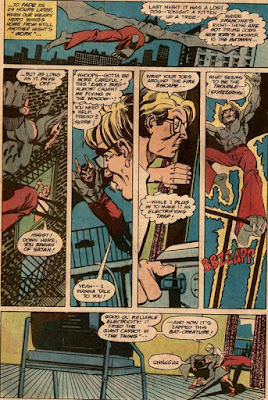 Man-Bat begins to revive and they fight. Ambrose uses a crucifix, but of course Man-Bat isn't affected. When Ambrose uses a flame-thrower, he accidentally catches his own curtains on fire, which Man-Bat puts out. Ambrose tosses water on Man-Bat, then freezes him with liquid oxygen.

Downed, Man-Bat listens as Ambrose begins chanting in order to exorcise him. Man-Bat decides the easiest thing to do is to convince Ambrose that he succeeded, so he discretely takes his pill to revert back to Kirk Langstrom. As Man-Bat returns to normal, Ambrose faints. 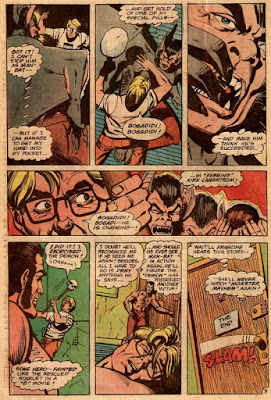 Commentary:
This story is an adorable little throw-away portrait about mental illness in the DC Universe.

Think about it: in a world where you know that aliens exist as well as "creatures" such as Swamp Thing and the Outsider, how do you gauge mental health? Is it really "crazy" to think that you see vampires or ghosts, when such things really do seem to exist? So what *would* happen if you happened to live in the same apartment complex as a vampire, or a super-hero, or Man-Bat? If you are a movie-loving "nerd," you would try to be a hero like Batman, right?

That being said, Kirk's solution to his dilemma is wonderfully creative and absolutely the right thing to do. The art by Howard Chaykin, fresh off the first four issues of some Marvel series called Star Wars, delivers a fresh, straight forward story-telling that anchors the "fantasy" to a semblance of reality (or whatever reality we have of a man-bat creature fighting against a movie fanatic).

Man-Bat Trivia Notes:
Status:
This story has not been reprinted. Because it is only nine pages, I re-present it to you in its entirety. For the sake of nostalgia, I have also included the letters' page from Batman Family #16 which features commentary on this story. 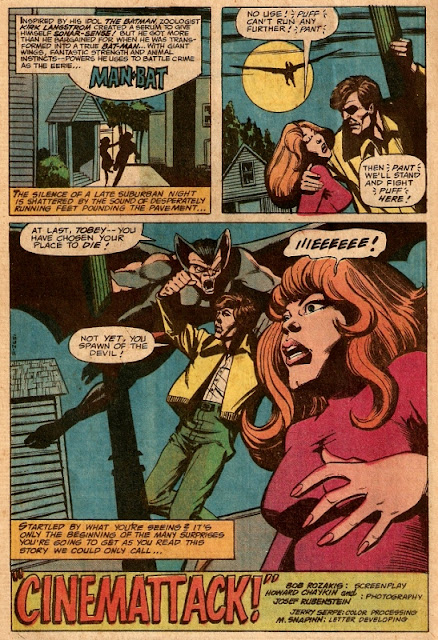 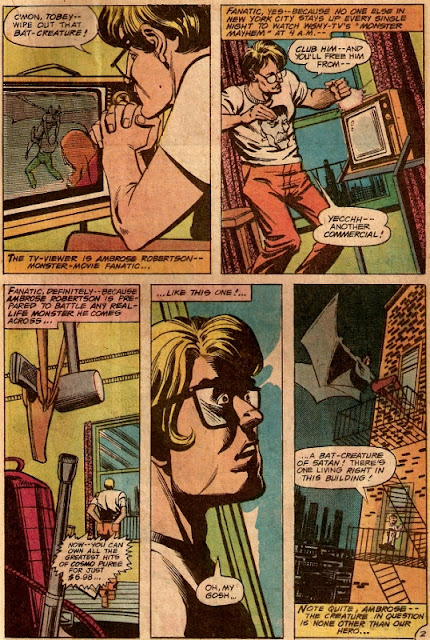 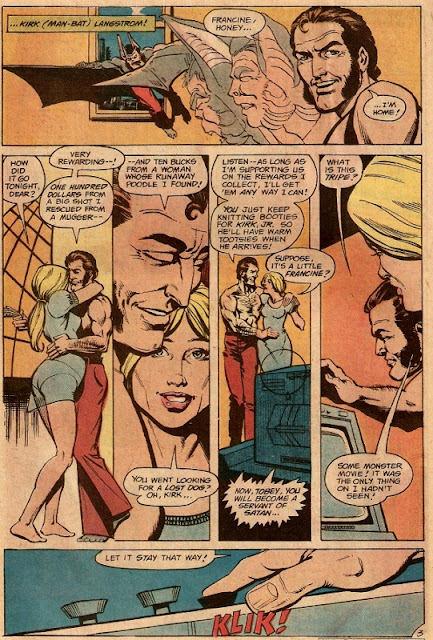 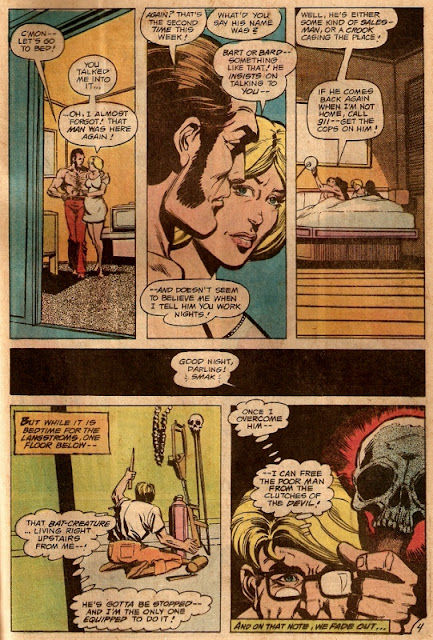 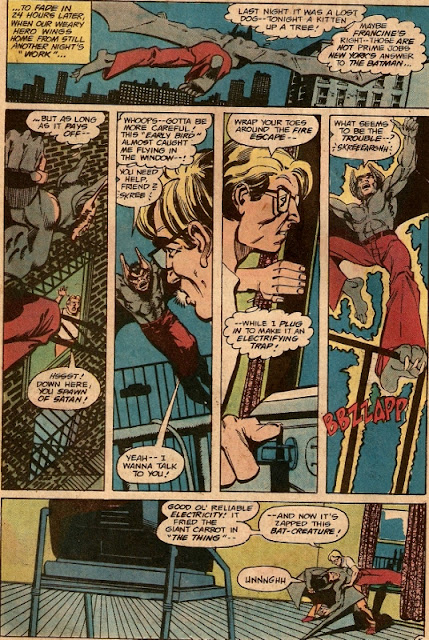 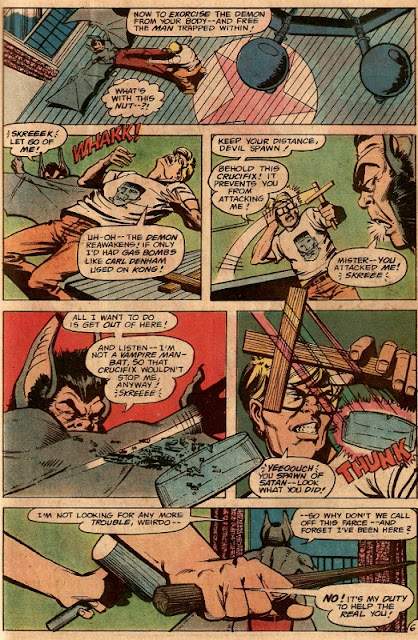 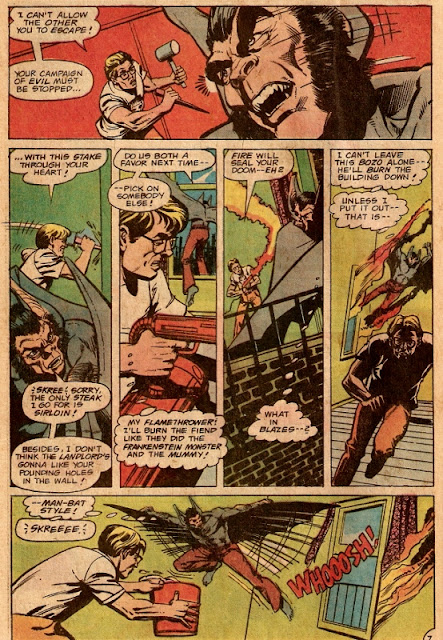 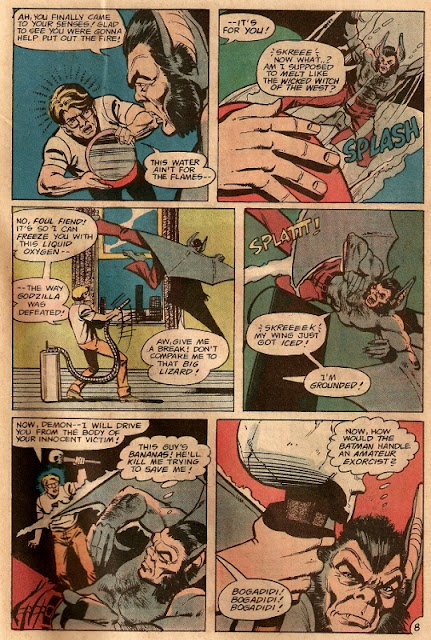 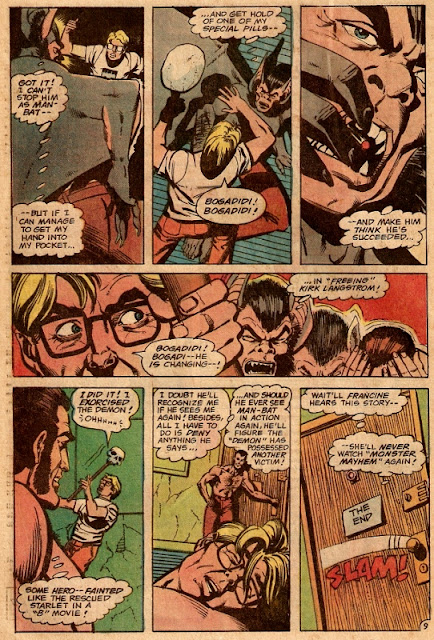 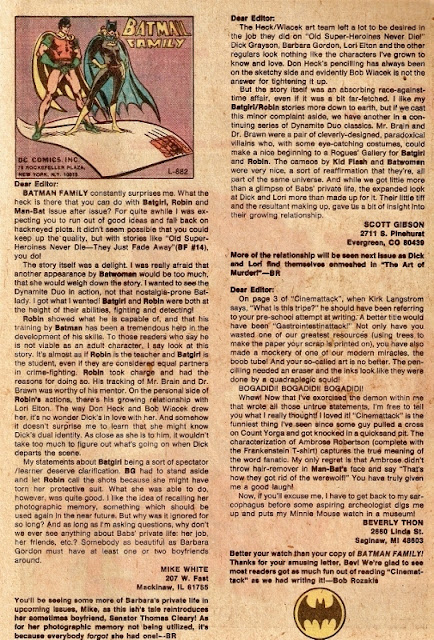