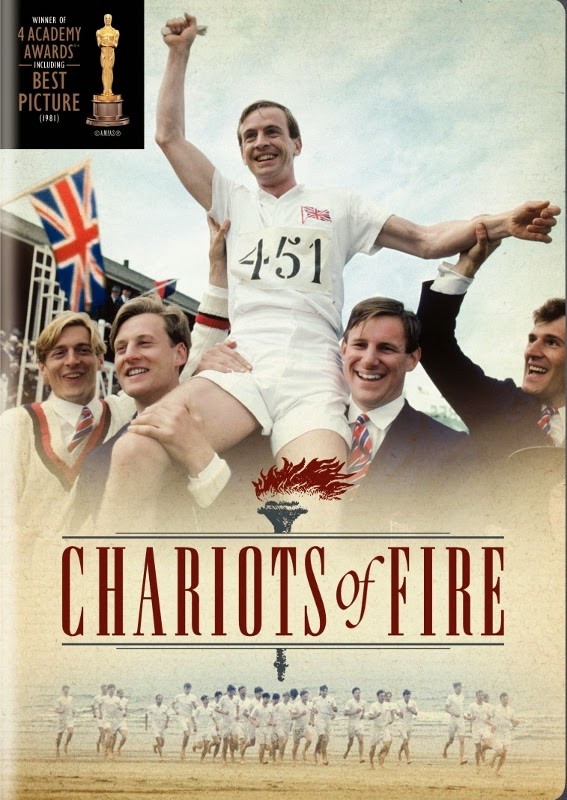 This is a nice little film about the 1924 Paris Olympics and the trials of two men as they struggle to represent Great Britain on the British track and field team. 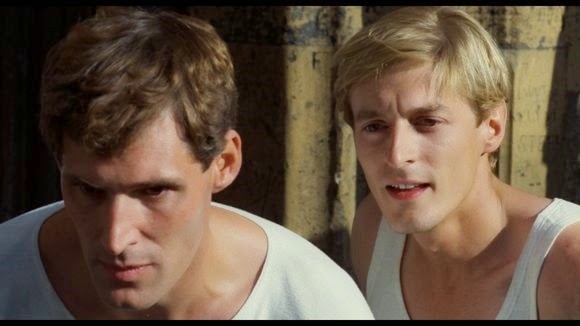 One of them is Harold Abrahams, a Jew who faces persecution at Cambridge University, where he is studying to be a lawyer. He has something of a chip on his shoulder, and maybe he runs to alleviate that frustrationi. he is challenged to run around the inner path of the Cambridge College within a set amount of time. He and his friend Lindsay race, and become famous around the university for their endeavor. 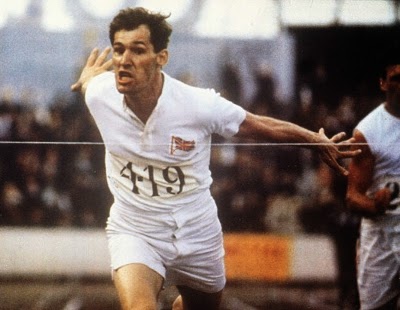 The other is Eric Liddell, who is "home" in Scotland after growing up in China, the son of a missionary. He, too, is famous for being fast. His best friend wants him to continue to race, but his sister wants him to commit to being a missionary like their father. At a race between Scotland and France, Eric gets knocked down but gets up and still manages to win the race. 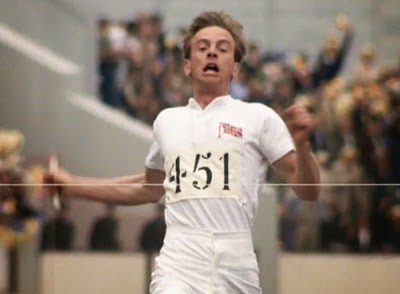 Their lives intertwine at a British tournament, where Eric beats Harold. Harold has a moment of doubt, whining, "I run to win!" Through the advice of his girl-friend and his new coach, Mussabini,  Harold decides to re-commit to running. Harold is called before the deans of the college and told in no uncertain terms that a Cambridge man should not be using a private coach to train. He rebuffs them, admitting with pride that Mussabini is half Italian and half Arab. Still, their rebuke stings him. Eventually both Eric and Harold, as well as several of Harold's Cambridge friends, are selected for the British Olympic team.

Unfortunately, the initial heat for Eric's best event is scheduled on a Sunday, and Eric refuses to run on the Sabbath. Eric is called before the British Olympic Committee, which includes The Prince of Wales, but is adamant that he will not run. Lindsay then comes forward and volunteers his spot in the 400 meter race, as he had already won a medal in the hurdle race. Eric graciously accepts the offer, and on the day of their races both Eric and Harold win. 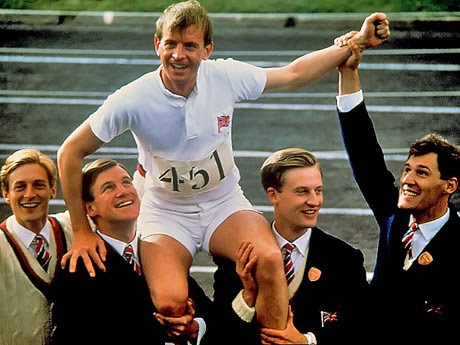 I remember seeing this film when I was younger and thinking, what's the big deal? Sure, it's a nice intimate drama about two men and their struggles to "win their races." But the persecution that Harold feels is not clearly shown (I guess it's veddy British, but to this American who is used to in-your-face racism, this is mild stuff). Also, I don't quite understand why not running on Sunday is such a big deal, either. I guess in the current world where everything is open on Sundays, it would be even more of a "hassle" to hold an event on Sunday and not have the athletes run.

Ben Cross is remarkable as Harold. He is, basically, a stubborn jerk. Somehow, Cross makes him likeable. Ian Charleson is equally memorable as Eric. He is quiet and stubborn in a similar way to Harold, but smiling and non-confrontational. That makes his later scenes, when he insists that he will not run on the Sabbath, all the more impressive. There are plenty of other noteworthy cameos in the film, such as Ian Holm, John Gielgud (who won Best Supporting Actor this same year for his role in Arthur!), Dennis Christopher, and Brad Davis. 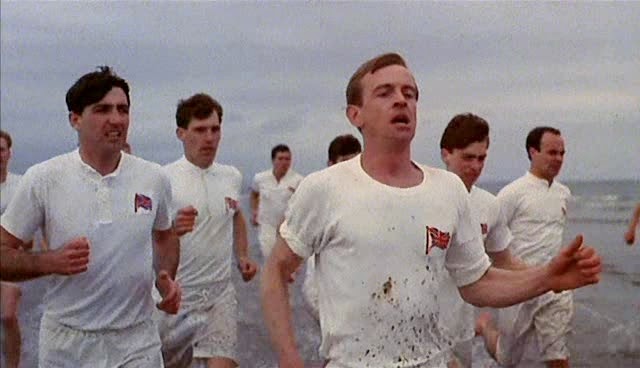 This film is most famous now for the scene where the runners practice by running on the beach to the theme song by Vangelis. The song went Number One all over the world.

Although this film won Best Picture, it is noteworthy as one of the few whose Director did not also win the Best Director Award (Warren Beatty won for Reds.)

I don't know about lifting my spirits to a new high,
but it's a fine little film.

This is a year where I have only seen half of the nominees. I saw Raiders, of course, but obviously that is not a Best Picture. I have seen On Golden Pond, which won acting awards for Henry Fonda and Katherine Hepburn. It's the story of two married people growing old and trying to reconcile with their daughter. It is even more intimate a story than Chariots of Fire. As for Reds, it's too long and its subject (Americans participating in the Russian Revolution) is not of interest to me. As for Atlantic City, I have simply never gotten around to seeing it. It features a young Susan Sarandon and an aging Burt Lancaster in a crime drama set in New Jersey.
Posted by Russell at 7:00 AM