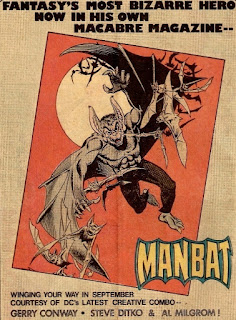 This house advertisement was in every DC comic I bought in the fall of 1975. I had just read Man-Bat's origin, reprinted in Batman Family #1. Then I saw this ad and I thought, WOW! Man-Bat is coming on strong!!


Of course, I think most of us know what happened to Man-Bat's solo series. Still, you couldn't tell a 10 year old boy in St. Louis that this wasn't a cool image. In fact, you can't tell a 50 year old man in Columbus, Ohio that this isn't a cool image~! Steve Ditko & Al Milgrom really knocked it out of the park with this illustration. Hundreds of years later, this and the original Neal Adams Man-Bat are the two images that come to my mind whenever I hear the name, Man-Bat. 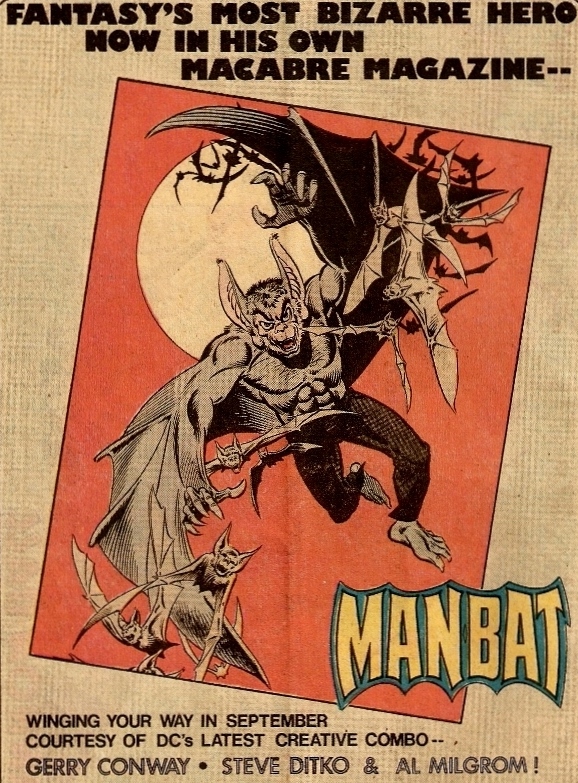 Speaking of Batman Family #1, this ad was also in that issue, along with the reprint of Man-Bat's debut appearance from Detective Comics #400. 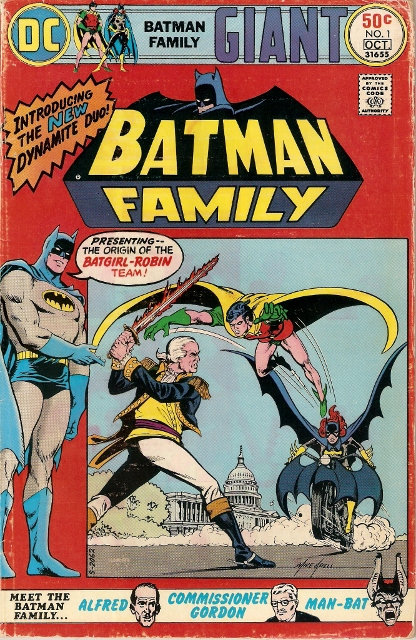 However, instead of the original "Where will Man-Bat re-appear?" tag-line, DC re-configured the last panel of that Detective Comics #400 story thusly: 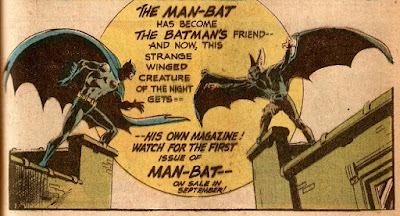