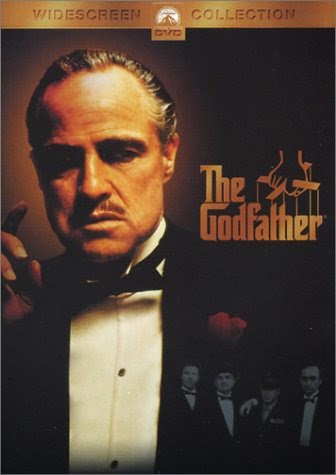 The Godfather is one of the greatest films of all time.

I set that sentence off by itself so that all of my long-time readers will see that I actually DO like and agree with the Best Picture winners on occasion!

The Godfather is great because it is a multi-layered story told well. It is, on the surface, a crime drama about the Corleone Family. It is also, more deeply, a treatment on the effects of Evil, as the Family tries to keep youngest son Michael from "the family business." And it is a story of Honor, as it exists among murderers and thieves, and as it exists among family members. Lastly, it is something close to being a love story, as Michael resists falling for Kay, a non-Italian girl, who is deeply in love with him. The film is successful at telling each of these stories, and that is why you can see something new every time you watch it. And *that* is why it is a great film.

I don't want to talk about the plot of this film in too much detail because I don't want to spoil anything. This is one of those films that the audience should be allowed to watch unfold, without knowing too much about what is going to happen. Basically it is the story of the Corleone Family as they weather ten years or so immediately after the end of World War II. As the film starts Vito Corleone is the Godfather, the "Don" of the Family. He is surrounded by his three sons and his adopted son, who is also his lawyer. He is being asked to do favors because it is his daughter's wedding day, and he soon says the immortal line, "Make them an offer they can't refuse." 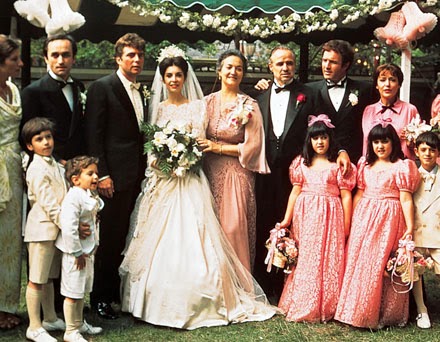 If you go in to The Godfather thinking it is a Marlon Brando movie in the same way that Patton is a George C. Scott movie or The French Connection is a Gene Hackman movie, you will be somewhat surprised to find that the story is about the Corleone Family, and not just Brando's character.  It is a testament to the screen presence of Brando that he does own every scene he is in, but that is only about half of the film. What is amazing about Brando is that he interacts with each of the supporting characters differently, depending on their relationship. For example, Robert Duvall  is excellent as the family lawyer, adopted by the Corleone Family but kept implicitly "clean" so that he can make connections with politicians and police-men for the Family. Brando interacts with him in a professional yet affectionate way. James Caan is the eldest son, groomed to be the next god-father until things don't go as planned. Brando interacts with him more fiercely, as a father scolding his son. After Brando's character is shot, the group dynamic changes, and Michael begins to travel the slippery slope into Darkness. Michael is played by a fantastic Al Pacino. It is actually painful to watch him attempt to "stay clean" as he is constantly pulled deeper and deeper into the muck, having to do things because he loves his family. After he kills a crooked police-man and escapes back to Sicily for a few years, he comes back and takes his place alongside Brando, listening and learning how to be "The Don." Pacino as Michael stares at people, watching them...hoping to learn their weaknesses? It is a chilling portrayal, especially when he finally makes his move. In one of the great cinematic choreography, Pacino is becoming his nephew's actual god-father at the same time we see him making his move to shore up his position as "the Godfather." So we get the juxta-position of scenes from a sacred ceremony in Latin and then cut away to a scene where a gambler gets shot in the eye. It's disturbing, but very well done. 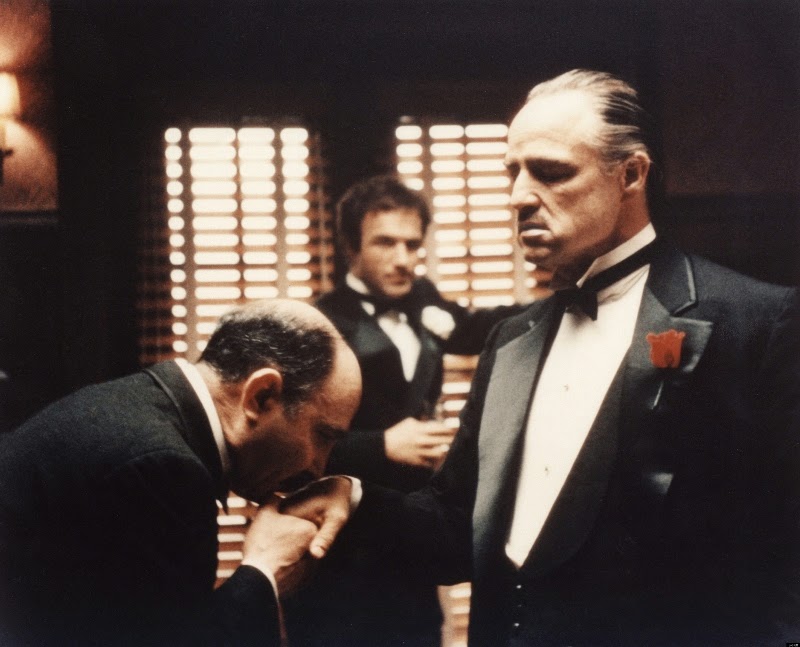 There are not very many women in this film, but Talia Shire (of Rocky fame) and Diane Keaton (of Annie Hall fame) shine as Brando's daughter Connie and as Michael's girl-friend/wife, Kay. Both support the men in the film, although Shire plays guilt and jealousy and Keaton plays naivete. They are fun to watch and imagine, "What do they know and when did they know it?" 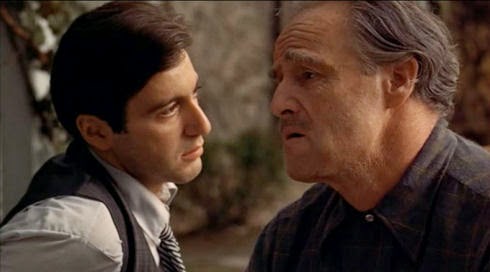 The Godfather is not a film for everyone. There are scenes of extreme violence, and the story is all about gambling, prohibition, prostitution, drugs, and, of course, murder. Even though I knew that "the horse" and "the murder" scenes were coming, they are still disturbing. If you can distance yourself from this type of violence, however, the film will certainly entertain you.

There are a lot of "trailers" for The Godfather on youtube.
If you don't like this one, pick another....!


Also Nominated:
(in alphabetical order)
Cabaret
Deliverance
The Emigrants
Sounder
This is the first year I vaguely recall in my own memory, as my mother took my brother and I to see Sounder and my father took us to see Deliverance...although that might have been a re-release; not sure. Deliverance is a fun, well-crafted action-adventure film; it made me not want to go out too far into The Woods. Sounder is a sad story about an African-American family during the Depression. I enjoyed it very much and followed the careers of Cicely Tyson (Best Actress nom), Paul Winfield (Best Actor nom), and Kevin Hooks (as the son) from then on. I saw Cabaret in college and thought it was good; Liza Minnelli was very good in it, and earned her Best Actress Oscar. Speaking of other Oscar races, Joel Grey won Best Supporting Actor for Cabaret in a role with no actual lines (he sings all of his part); he beat out Robert Duvall, James Caan, and Al Pacino, who were all nominated for The Godfather and probably cancelled each other out. Also, Cabaret's Bob Fosse won Best Director, keeping Francis Ford Coppola from winning for The Godfather. Lastly, The Emigrants is a Swedish drama starring Liv Ullman as the mother of a family having re-located to  the Midwest.
Posted by Russell at 7:00 AM