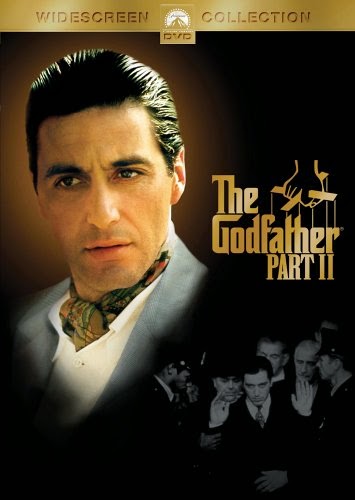 I totally understand and agree with calling The Godfather one of the greatest films of all time. The Godfather, Part II, the only sequel to a Best Picture film to also be named Best Picture, I have a little more trouble appreciating.

The Godfather Part II is a divided narrative. Half of the film is about Michale Corleone (an absolutely fantastic Al Pacino) and his efforts to cement his control over the various factions of his "family," those in Las Vegas and those in New York City. He is negotiating with Jewish businessman Hyman Roth for a cut of the gambling operations in Cuba, and getting criticized for dealing with someone outside "the family." In New York a gang calling itself "The Black Hand" is trying to squeeze out Corleone interests. Michael is trying to bribe crooked politicians at the same time a Congressional committee is trying to "get tough" on organized crime. And to top it all off, Michael and his wife are having difficulties. 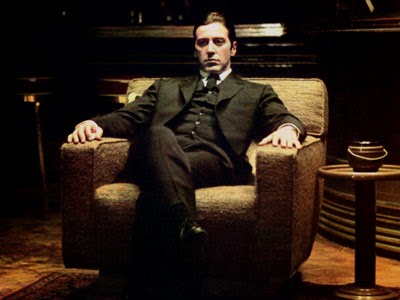 Now if the film was only about the trials and tribulations of Michael and his family, it would be a poignant and moving film. However, interspersed with Michael's drama is the story of Michael's father, Vito. It starts with his childhood in Sicily, goes through his arrival at Ellis Island, then presents his young adulthood and how he established himself as "the don" of "the family" in New York City. This, too, is a story worth telling, but I failed to see how it had any bearing on Michael's troubles whatsoever. What's more, all of this back-story is filmed in Italian, so the audience has to read the sub-titled English to follow along. Now, I don't mind reading sub-titles, I do it all the time, but here having the dialogue in Italian just seems a bit off-putting and pretentious. Likewise, juxta-positioning Michael's story with Vito's story seems a bit too "artsy" for me. Was the intent to show some sort of genetic trait where the father and son were both prone to violence? Was cutting away from one story supposed to build suspense in the other story? They just seemed like two completely separate stories that were intruding on each other, rather than supporting each other. Maybe I missed something, but I didn't appreciate the structure of the film at all. 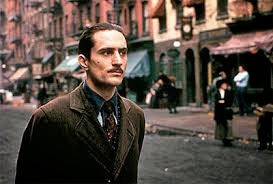 That being said, the scenes with Michael are what I wanted to see. As the story progresses it becomes harder to follow who is doing what to whom (and the cut-aways to Vito's past doesn't make it any easier to follow the main narrative). Is Roth cheating Michael? If he is, does Michael know about it, and also using Roth in return? Frankie, a representative of the "family" still in New York, is going to testify at the Congressional committee because he thinks the Corleones tried to have him killed. Fredo, Michael's older brother, is jealous of Michael and does something incredibly stupid, showing everyone except himself that he simply was not "Godfather" material. At the end Michael is triumphant, but he has managed to kill everyone around him, either emotionally or physically. The film ends with Michael, alone, contemplating his future. 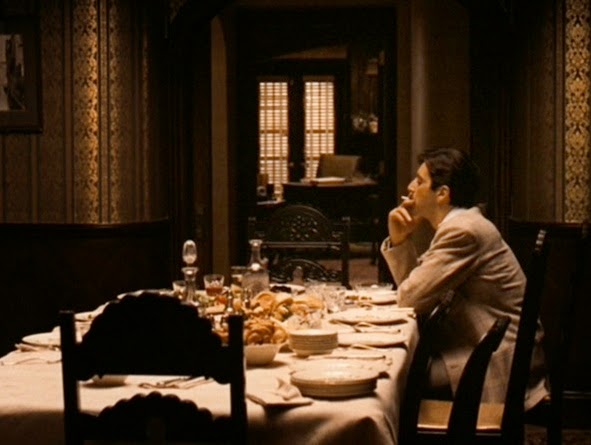 The movie is full of wonderfully filmed scenes. Vito's stalking of Fanucci, shot parallel to the Italian Festival going on in the neighborhood, is one of the best. The emotional confrontation between Michael and his wife, Kay (a stunning Diane Keaton) is also riveting. Later, too, when he catches her visiting their children, the cold-dead expression on his face as he shuts the door on her is just pathetic. You feel that she has hurt him in a way that no one else has. Similarly, when Michael confronts his older brother Fredo (the late, great John Cazale) it's another heart-breaking scene. So there were plenty of things going for this film. I just didn't like it as much as I liked the first one. 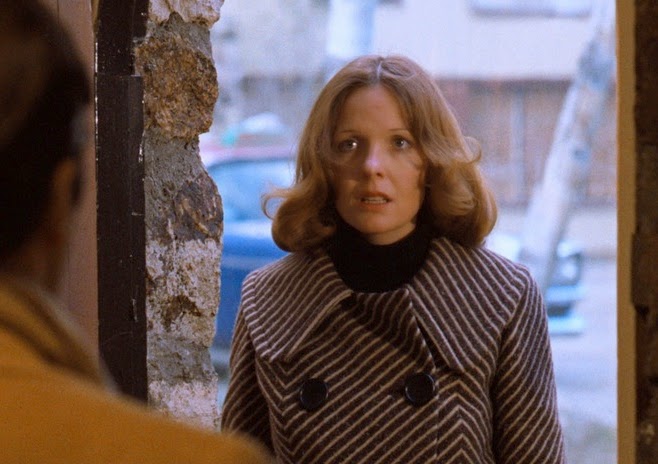 Although The Godfather won Best Picture, it did not earn Francis Ford Coppola Best Director. With The Godfthaer, Part II, Coppola finally got his Oscar. He and Mario Puzo also got a second Best Screenplay Academy Award. Although Pacino, Talia Shire as Michael's sister, Lee Strassberg as Roth, and Michael V. Gazzo as Frankie were also nominated, the only actor to win was Robert DeNiro, who won Best Supporting Actor as Vito Corleone. This is noteworthy because, as I already mentioned, all of the dialogue was in Italian, and also because this was the first time two actors won Academy Awards for portraying the same character (obviously, Marlon Brando won Best Actor for playing Vito in The Godfather). 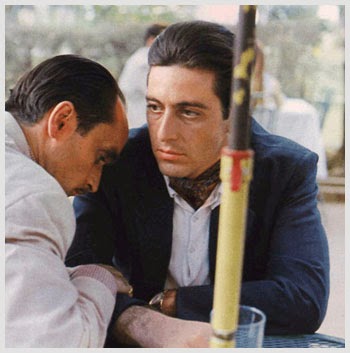 Skip the first minute if you don't want to hear
all the Academy Award winners....

Also Nominated:
(in alphabetical order)
Chinatown
The Conversation
Lenny
The Towering Inferno
The Towering Inferno is a fun amusement ride of a film, but should not have been nominated as Best Picture. Fred Astaire had his only Academy Award nomination for his role in this film. Lenny is not available at my local library so I have never seen it. It is the sad story of comedian Lenny Bruce, as portrayed by Dustin Hoffman (who was nominated for Best Actor for this role). Chinatown is a stylish film noir about murder and extortion in post-WWII Los Angeles. Jack Nicholson and Faye Dunaway were both nominated for this film, but this was not to be their year. And The Conversation is a small-scale psychological thriller starring Gene Hackman as an eavesdropper who thinks he hears a murder being planned. It's a very good film, written and directed by some guy named...Francis Ford Coppola.
Posted by Russell at 7:00 AM