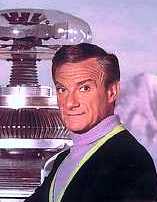 The great character actor was born on November 6, 1914. He would have been 101 years old today. On the occasion of his birth, I'd like to tell you a nice little story about him.


In 1998 I was a member of a Lost in Space chat group on yahoogroups. This was before facebook and message boards. As part of our conversations, some people talked about attending conventions where they met the Lost in Space cast members. I still lived in Japan at this time, so I had obviously not met any of the stars. Someone mentioned that although Jonathan Harris did not attend very many conventions, he did tend to answer his fan mail. With the new Lost in Space film out there was a nostalgic boom for the original series, and they were re-released in Japan that year.

So in later October I decided to send him a birthday card. I don't remember the details of what I wrote, but I remember sending him a list of the episode titles in Japanese and also translating them back into English. For example, the Japanese title of the show was "Space Family Robinson." 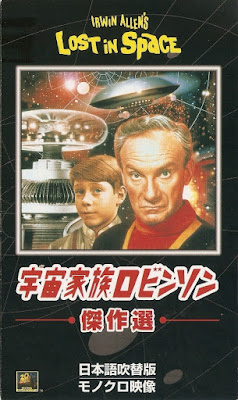 Besides that I'm sure I said something personal along the lines of "thank you for providing untold hours of entertainment for so many people."

A few weeks later, I received a letter from the USA, hand-written to me with no return address on it. I had no idea what it was or who it was from. As I began to read it, however, I realized that it was from the great man himself. He really had answered his fan mail! 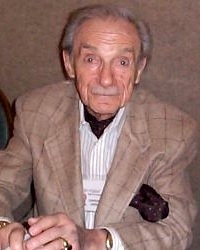 Here it is, one page hand-written on front and back: 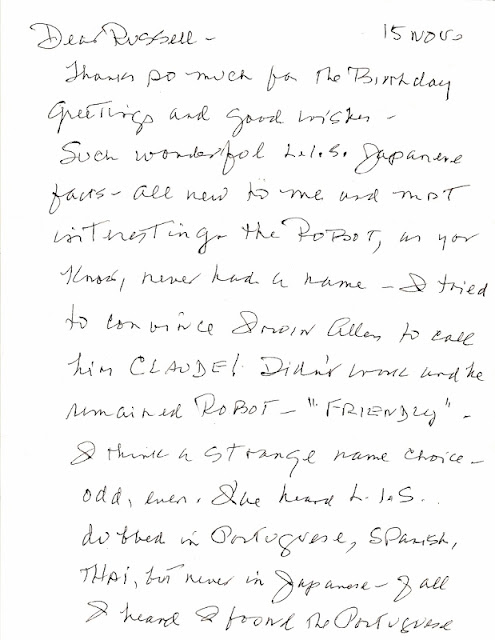 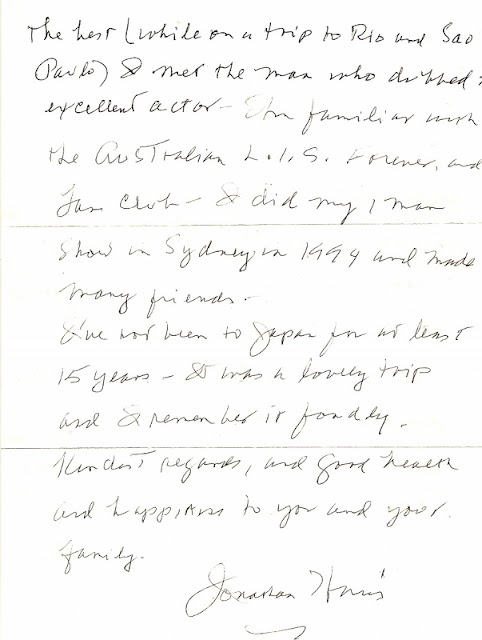 "Thanks so much for the birthday greetings and good wishes. Such wonderful LiS Japanese facts, all new to me and most interesting. The Robot, as you know, never had a name. I tried to convince Irwin Allen to call him Claude! Didn't work and he remained Robot "Friendly." I think it a strange name choice. Odd, even. I've heard LiS dubbed in Portuguese, Spanish, Thai, but never in Japanese. Of all I heard I found the Portuguese the best (while on a trip to Rio and Sao Paulo) I met the man who dubbed me---excellent actor. I'm familiar with the Australian LiS Forever, and Fan Club. I did my one man show in Sydney in 1994 and made many friends.
I've not been to Japan for almost 15 years. It was a lovely trip and I remember it fondly.
Kindest regards, and good health and happiness to you and your family.
(signed) Jonathan Harris."

So Happy Birthday, Jonathan Harris. Although I never got to meet him, I do have his autograph, and a memory I will cherish forever.
Posted by Russell at 6:00 AM