Sir Arthur Conan Doyle was born on May 22, 1859 in Edinburgh, Scotland. His greatest literary creation was, of course, Sherlock Holmes, but he also wrote The Lost World (made into a movie in 1925, again in 1960 by Irwin Allen, and again in 1994).

He trained to be a doctor.

His first short story was published in 1879 when he was only 20 years old.

His doctorate was on Syphilitic Myelopathy, which is the slow degeneration of the sensory neurons to the brain due to syphilis.

He went to sea as a doctor, then moved to London and opened his first practice in 1882. He had almost no patients, so had plenty of time to write.

His first Sherlock Holmes story was A Study In Scarlet, published in 1887. In total he wrote four novels and 56 short stories about Holmes and his companion, Dr. John Watson.

In 1893 Holmes "died" in "The Final Problem." He and Professor Moriarty fall to their deaths at the Reichenbach Falls in Switzerland. Conan Doyle was tired of his creation and wanted to spend more time writing his favorite stories, historical fiction.

Holmes "came back" in 1901 in an "untold" story set before "The Final Problem." The novel The Hounds of the Baskervilles is one of the most popular and well-known Holmes stories. He came back "for real" in 1903 in "Adventure of the Empty House."

In 1918 after his wife, son, brother, and two brothers-in-law had died, Doyle began to believe in spiritualism. He had been good friends with American performer Harry Houdini, but they had a public falling out about their different beliefs. Doyle was decidedly NOT logical or intelligent about it.

Doyle also believed in fairies. In July 1917 he went public in his belief that a series of photographs of Frances Griffith playing with fairies were real.

Because today is Comic Wednesday here at Friends of Justice, let's look specifically at some of Holmes' comic-book appearances....! 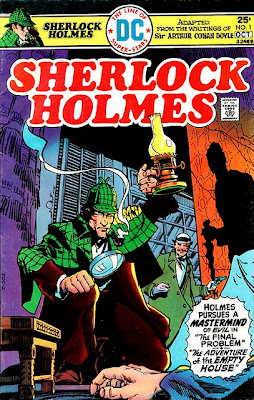 a one-shot from DC Comics in1975
cover by Walter Simonson 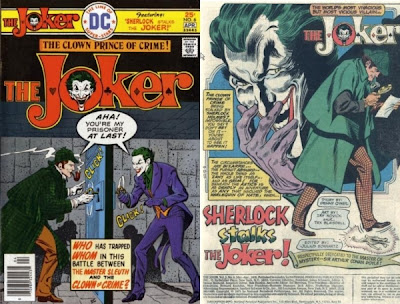 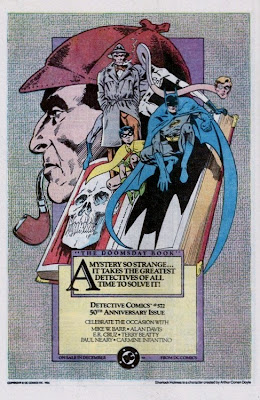 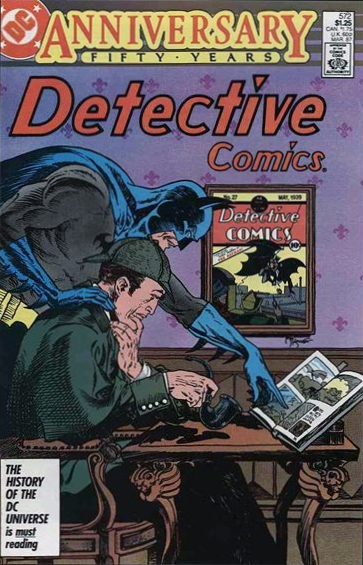