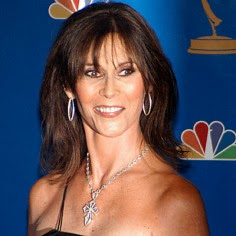 One of my first crushes was on the actress Kate Jackson. No, not from Charlie's Angels, although I liked her on that, too. I first saw her and longed for her when she was a regular on The Rookies. It was a cop show from 1972-1976 that starred Michael Ontkean, Georg Stanford Brown, and Sam Melville as three "rookie" beat cops under the guidance of Gerald S. O'Loughlin. Kate played Jill Danko, a nurse and wife of Melville's character. Besides Kate's beauty and talent, she and Sam made a very cute couple. They were a fun difference from their bachelor friends' characters. And this was one of the first series I remember watching with a black lead actor (Brown). Having him around seemed natural, which I think is another reason I grew up the way I did. 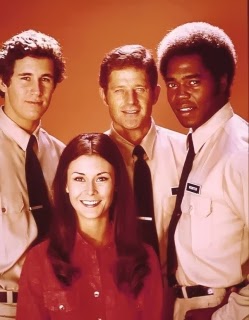 As soon as the series ended in 1976,  Kate went on to play Sabrina on Charlie's Angels. I may get comments disagreeing with me, but I watched this show for Kate Jackson. Sure, all of the women were beautiful, but Sabrina was the brains, wasn't she? And I had a thing for beautiful women with brains! I preferred Cheryl Ladd to Farrah Fawcett, so that change didn't upset me, but when Kate left the series I stopped watching it. 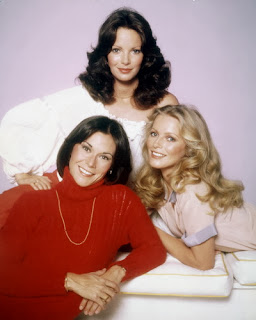 However, by the time Kate came back to television in The Scarecrow and Mrs. King I was in college and didn't have time to watch TV. I have heard good things about it, besides the acting by Kate and her co-star Bruce Boxleitner, of course. I should borrow a collection one of these days to see it for myself. 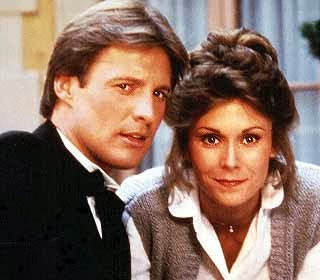 Today October 29 is Kate Jackson's 65th birthday. Thank you, Kate Jackson, for years and years of great entertainment! And I didn't even talk about your time on Dark Shadows! If I don't atleast mention this series I know my buddy Greg will be mad at me...! 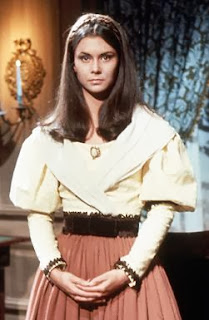 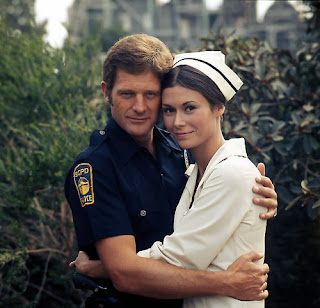 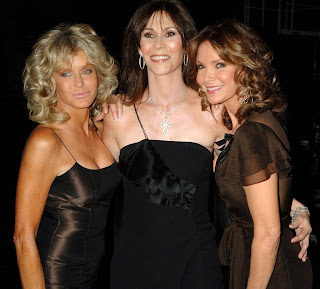