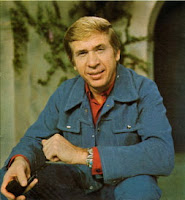 I came late to the Buck Owens fan club. I only knew him as one-half of the Hee Haw hosting team with Roy Clark. And I saw Roy Clark on all sorts of other TV shows as a guest-star, so I figured he was the bigger star. Well, of course, in the Country & Western world Buck was huge. I had no idea. I didn't know until recently that he had written "It's Crying Time Again," which was a huge hit for him on the C&W charts before it was a huge hit for Ray Charles on the Pop charts. I only knew he had written a song for the The Beatles that I liked...."Act Naturally." Of course, it was a huge hit for himself a few years before my time. 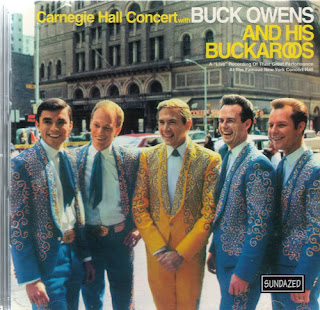 So like I said, I didn't really appreciate Buck Owens until after he had passed. I now have quite a few of his songs on my ipod, including this great harmony with Don Rich, "Together Again. "