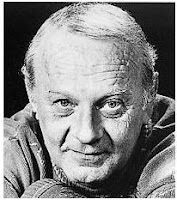 September 29, 1939 is the birthday of actor Larry Linville. He is best-known for playing Major Frank Burns on the TV show MASH. However, he was also a bad guy on several episodes of MISSION: IMPOSSIBLE and guest-starred on many other series, including MANNIX and KOLCHAK: THE NIGHT STALKER. He also did theatre and movies.

I had the great good-fortune of hearing him speak in person when he came to my college in 1985. He was on the speaking circuit, I guess. He talked about the work conditions on MASH and working as a team to try to do good television. It was a wildly entertaining 90 minutes, and one of the funnest things I remember from college. The chapel where it was held was PACKED. The thing I never forgot about the evening was that he said when they were just starting up, the new cast was invited to a screening of the movie MASH, but that nobody went. "I didn't want to be another Bobby Duvall (the actor who played Major Burns in the movie). I had to find my own take on the character." 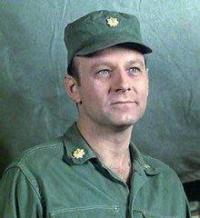