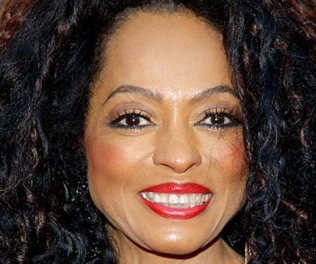 Diana Ross was one of my first crushes. I loved her mid-Sixties look as shown below, and I loved her Supremes' songs. My sister had The Supremes Anthology album and I listened to it all the time! At that time, in the mid-'70s she was one of the few voices on the radio that I recognized and felt I knew, even though I wasn't a big fan of most of her songs at this time. (Really, most of them haven't stood the test of time, have they?). Her Eighties songs are better, I think, especially "I'm Coming Out," "Upside Down," and "Endless Love" (with Lionel Ritchie). However, by the time she left Motown and moved to RCA, I had heard things.  I had read that during the Motown Reunion Special she had bumped the microphone out of Mary Wilson's hand. I saw that there was no Supremes reunion on that show. It appeared to be true what I had read: she was a diva. I wasn't sure what that was, but I knew it wasn't a good thing. I knew would-be "divas" in high  school, and I didn't want to have a crush on one. Also, by this time I knew other classic Motown acts like Martha & The Vandellas and The Marvelettes. I knew that Miss Ross hadn't really done the original Supremes a favor by hitting it big. In fact, I now preferred Mary Wilson and Florence Ballard to Diana; I sang the background vocals as well as the leads. I was moving on. 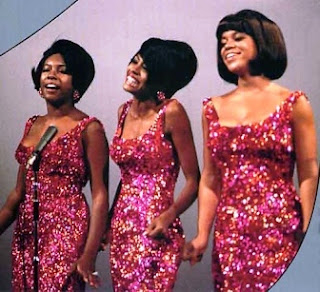 Another true story: when I first heard "Ain't No Mountain High Enough," her solo hit from 1970, I thought it was a Supremes song. My goodness, there is a larger chorus part in it than in some of the actual Supremes songs! 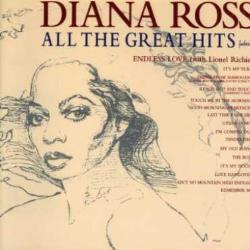 My first Diana Ross album....which featured an awesome Supremes Mega-Mix,
which was my favorite part of the album, haha!

Anyway, at about this time Diana Ross came in concert to St. Louis. My best friends got together with my parents and they bought us all tickets. We went, and we had a good time, but....it felt wrong somehow. Too many changes of clothes and too much spectacle; not enough Supremes and Motown. This isn't what I wanted from a concert. Still, it was the first concert I had ever been to, and I remember it fondly, but vaguely.

I was a huge fan of the first single from her first RCA album, "Why Do Fools Fall In Love?" I still love that song. And partly because it was a cover of an even older song, it helped me realize that I could dis-connect a love for a musician's music and any feelings good or bad I may have for that musician's personality. Now, I'm not saying that I hate or dislike Diana Ross. I'm simply saying that she is not my "hero" or even one of my real favorites any more. 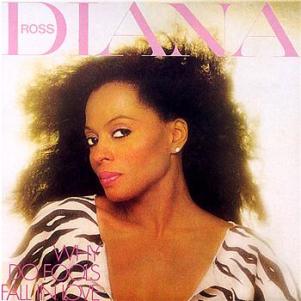 ...that unfolded into this! 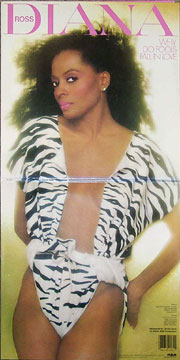 Flash forward a few years, and I was in Japan. I happened to be watching a "Top of the Pops" music show and I saw the following video. It sounded catchy and reminded me of hits from the Supremes era. In fact, I learned that the b&w sections were based on her first appearance in the UK as a Supreme! I liked it, and wanted to get a copy of it. However, Japanese music is very expensive, so I didn't buy it there. Instead I wrote the name down so I could buy it when I got back to the States. Well, when I finally got back, nobody in the USA had ever heard of the song! It turns out that "Chain Reaction" by Diana Ross was a huge #1 hit in the UK, New Zealand, and Australia, but made almost no effect on the US charts. It stalled at the lower 60s.

So *eventually* I found a copy of this song on another "Greatest Hits" album. It also turns out that it has been redone by a British band, Steps, who took it to #2 in 2001.