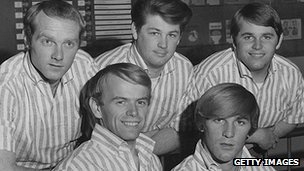 You know how sometimes you hear a song and it reminds you of somebody or something?

There's a song by the Four Tops, "It's The Same Old Song," or "Please Mr. Please" by Olivia Newton John that posits that when you hear an old love song it brings back memories that you really don't want brought up. However, songs don't always have *bad* connections. Sometimes you hear a song and it reminds you of a good time or place. Eric Church's "Springsteen" is one of those songs.

So sometimes songs absorb or reflect meanings that they didn't necessarily intend to. Sometimes it can be a group experience, such as when John Lennon's last song, "Just Like Starting Over," went to Number One the week after he died. For people of my generation, that song will always remind us of his death. Usually, however, it is a very personal or private connection between the song and you: the song playing the first time you danced or kissed, or a song you heard over and over during a road trip in college.

Starting today I'm introducing a regular feature called "Music Memories" where I will introduce songs that mean something extra-special to me.

March 10 is my sister's birthday. And to help celebrate her birthday, I wanted to tell everybody out there that when I hear the song "Fun Fun Fun" by the Beach Boys, I always think of her. Why? Well, when I first really started listening to music the movie and music of "American Graffiti"  was popular. My parents (or sisters?) had the soundtrack LP and listened to it all the time. I can't remember if "Fun Fun Fun" was on that album, but it was definitely on the album, "Endless Summer," which was the Beach Boys' Greatest Hits collection. We listened to that a lot in my house, too. At about this same time, my father bought a used Thunderbird, probably from 1966 or so. I don't remember the details of the car because (1) I was only about 12; (2) My sister and my dad were the only two people who ever got to drive or ride in it; and (3) I was always more of a Mustang or Corvette guy. :-) Anyway, this is what happened: my sister drove her dad's Thunderbird but her dad sometimes took the keys away. Then I heard a song about this. Ipso facto, in my head, the Beach Boys were singing about my sister.

It's actually one of the first music memories I have, because the song is a tad older than I am. To this day, hearing this song brings a smile to my face.