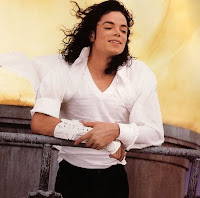 The African-American with the most number one songs in the US is either Michael Jackson or Diana Ross, depending on how you calculate it.

However,  both were originally the lead singers of their respective groups. So if you count the 12 Number Ones Diana Ross had with Mary, Flo, and Cindy, she wins with 20 total. That beats Michael and his brothers' combination of his 13 and their 4.

However, I will go out on a limb here and say that Michael Jackson will have a stronger impact on music in the next generation than Diana Ross will or has, so I will only count their individual hits. With that math, Michael Jackson wins. He follows The Beatles, Elvis Presley, and Mariah Carey in fourth place overall.

I have nothing to say that hasn't already been said about the sad, unique life that was Michael Jackson's. All I know for sure is that his music will live forever. He had many, many wonderful songs to choose from, but in the spirit of this series I have chosen BLACK OR WHITE, his Number One single from December, 1991. It was written by him and produced by him and Bill Bottrell.  As far as I am concerned, his music can do the talking. (Although the first 1 minute 40 seconds is stupid; you can skip that, haha~!)