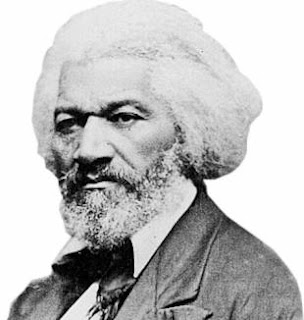 Every year when February rolls around some smart-ass white male comedian makes some comments about it being Black History Month. These are the same guys who probably have no idea who Thurgood Marshall  is, let alone people like Marcus Garvey or Marian Anderson and her troubles with the Daughters of the Revolution. It's no longer funny (it it ever was); it's sad.

In my opinion, the teaching of history is one of the most difficult subjects at school. One person's victory is another person's defeat. One person's triumph is another person's tragedy. Who gets to tell the story is important to how (or if!) the story gets told. For example, the internment of Japanese-Americans on the West Coast during WWII was not a shameful story for years until, suddenly, it was. Now the majority of Americans see it as another dark note in our history.

I remember when I was in the sixth or seventh grade and I was handed a textbook for the first time that was ALL about African-American history. I was already familiar with some of the names in it (Crispus Attucks was a point on a Revolutionary War test, and growing up in St. Louis I was very familiar with Dred Scott). Everybody knew who Martin Luther King and Rosa Parks were. But the others? I'm ashamed to admit I don't remember most of them. I do, however, remember the overall arc of the book: since the birth of our country in 1776 and before, Black Americans were always around, living, breathing, and dying. Just like all the other Americans.

I recently happened across this video of Morgan Freeman speaking against Black History Month. He's obviously being interviewed by Mike Wallace on 60 Minutes, but I have no idea when this is from. It doesn't really matter, because I'm sure he still feels the same way. Watch it and then come back.


You know what? I can see his point. However, I'm also a realist: we're not there yet. Now don't get me wrong, I know lots of people who don't speak of race. My friends and I try not to do it, God knows. But there are still so many people in this country (world) who say, "Two black guys walked into the store and I got nervous" or "He's a pretty good swimmer for an Asian" or worse. And if you go abroad it can be worse; when I was in Japan anybody who wasn't a Chinese or Korean was "a foreigner," indiscriminately. They didn't care what nationality you were; you weren't one of them, and that is all that mattered. Racism isn't an American institution and we can't act like it is.

So Mr. Freeman's advice is to stop talking about it. Well, for those of us who "get" it, I think it's fine that we stop talking about it. Somedays I think we're in the majority and other day I think we're in the minority, haha. For all those people who don't "get" it I don't see any problem with reminding the masses that Garrett Morgan invented the traffic light or that Booker T. Washington was the first African-American to dine at the White House in 1901.

Meanwhile, I think what is really making this country a better place is that the older generation is dying off. My parents' generation and even some Baby Boomers SEE blacks and whites and Asians and straights and gays and Catholics and Baptists, haha. It's not necessarily their fault, because that's the world they grew up in. But nowadays I sometimes get a tear in my eye when I look around my current hometown (Columbus, OH) and see so many inter-racial and gay couples. Nobody seems to care that they exist! And why should they? But these couples were ILLEGAL less than a generation ago. That, my friend, is progress.

And progress is what I want to celebrate when I think of Black History Month. Because even though it's called that, it actually *is* American History Month.

In the meantime, I hope it will continue so our younger generation can understand just how stupid some of their elders were, and how noble or clever or strong or brave some of their other elders were. US History isn't just Washington, Lincoln, and Reagan! (God forbid, haha) Because so many textbooks and Hollywood movies want to WHITE-wash so many of our stories (pun intended) I think BHM serves a purpose, and I'll support it.
Posted by Russell at 4:45 PM