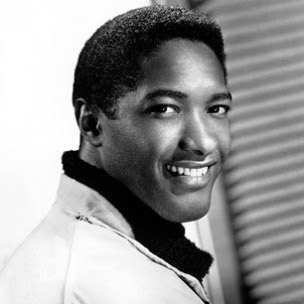 Sam Cooke's classic love ballad YOU SEND ME was the first Number One hit by an African-American man in the Rock Era. It hit Number One in December, 1957and stayed on top for two weeks. It was written by Cooke and produced by Richard Blackwell.

Anyone who knows anything about popular American music knows Sam Cooke. He wrote and/or performed such hits as CUPID (later covered by Johnny Rivers, Johnny Cash, and the Spinners), WONDERFUL WORLD (covered by Herman's Hermits, Art Garfunkel, and Bryan Ferry), ANOTHER SATURDAY NIGHT (covered by Cat Stevens), and TWISTIN' THE NIGHT AWAY (covered by Rod Stewart). This video especially is fun, as it's him performing live on some variety show. The picture quality is wonderfully clear,  but I have no idea what show this is from!

Sam Cooke was also a pioneer of the Civil Rights movement; his anthem, A CHANGE IS GONNA COME, was another protest song along the lines of BLOWING IN THE WIND and IF I HAD A HAMMER.

My favorite songs of his are ANOTHER SATURDAY NIGHT or the very odd CHAIN GANG. I just always loved the "huh! huh!" of the chorus on that one, haha!

Sadly, Sam Cooke was killed on December 10, 1964 when he got into a fight with an angry land-lady over a rendezvous he was trying to have at her hotel. He was only one month away from turning 30 years old.

Sam Cooke was an American classic, and I'm happy to present this presentation of YOU SEND ME
from what looks like Dick Clark's  "American Bandstand."