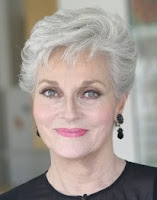 I watched BARNABY JONES for its first few years. It was decidedly UN-cool to do so. As portrayed by elderly Buddy Ebsen, "Barnaby Jones" was not attractive (ala Rock Hudson of "McMillan & Wife") or physical (per Mike Conners as "Mannix") or even all that interesting (Telly Savalas "Kojak" or Robert Blake "Baretta"). He was, however, a great actor. You believed he was a detective; because he really had nothing else going for him, he *had* to have that.

Also, he had a great side-kick in his daughter-in-law Betty Jones, as portrayed by Lee Meriwether. She was smart and attractive. Sure, she wasn't Farrah Fawcett, but as I've said here before, I was more a fan of low-key and smoldering instead of IN-YOUR-FACE sexiness. The main sex symbols never really did anything for me. And that is why I liked Lee Meriwether on BARNABY JONES.  (This is supposed to be a compliment, haha!) 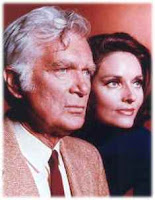 This was the first time I had come across her, but it was not the last. As I got older and watched more syndicated re-run TV, I found her in many very unlikely places....on THE MAN FROM UNCLE, on F TROOP, on STAR TREK, on BATMAN (but not as Catwoman!), in the BATMAN movie, on TIME TUNNEL, and even on my favorite show, MISSION:IMPOSSIBLE. She was awesome on all of these things, of course, but I especially enjoyed her on M:I.

Today May 27 is Lee Meriwether's birthday. Her path to fame started out after she was crowned Miss America in 1955. Then she was on THE TODAY SHOW waaay before my time. Then she became one of those featured supporting actresses for most of the Sixties, appearing on all the shows listed above and probably many many more until she landed her most famous gig on BARNABY JONES. She was nominated for an Emmy and a Golden Globe for this role.


Here's a time capsule from October 11, 1979...the previews, the sponsors,
the theme songs, and even some commercials for BARNABY JONES!

Happy Birthday, Lee Meriwether!
I hope you enjoy many more years of good health and activity!