"Where Have You Gone, Joe DiMaggio?" 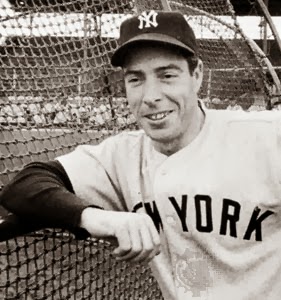 Today is Joe DiMaggio's birthday. The baseball superstar, who died in 1999, would have been 99 years old today.

Among music lovers, Joe DiMaggio is known as all those things AND as a lyric in the 1968 Simon & Garfunkel hit, "Mrs. Robinson." 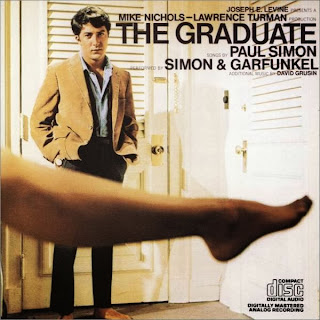 The song first appeared in the Mike Nichols directed film The Graduate (1968). Nichols wanted new S&G songs in the film, but used already-written songs as "place-holders" until Paul Simon could supply new ones. However, Simon ended up being too busy touring to write new songs for the film. Desperate, Nichols asked if Simon had anything available. Simon told him that all he had was a bit of something called "Mrs. Roosevelt" about the 1940s, Joe DiMaggio, and the past. Nichols grabbed it, changing the subject from "Roosevelt" to "Robinson."

The lyrics that Paul Simon eventually wrote about Joe DiMaggio for the Number One song are as follows:


Sitting on a sofa on a Sunday afternoon
Going to the candidates' debate
Laugh about it, shout about it
When you've got to choose
Every way you look at it you lose.
Where have you gone, Joe DiMaggio?
A nation turns its lonely eyes to you
What's that you say Mrs. Robinson
Joltin' Joe has left and gone away.

So why does Joe DiMaggio appear in a song nominally about an older woman having an affair with the neighborhood boy? After Nichols grabbed the song for the film, Simon decided to leave Joe DiMaggio in. He used the celebrity as a representative of the strong, silent, classy type of "hero" that was in short supply in 1968. Specifically, although DiMaggio had been married to Marilyn Monroe, he never spoke of her or tried to make any money off of their relationship. Simon considered that classy. 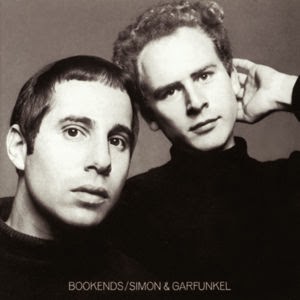 To read Paul Simon's own comments about Joe DiMaggio, read his Op-Ed from the New York Times from 1999.