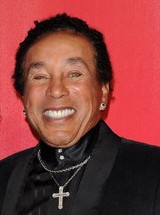 If you know anything about popular music in the United States then you either 1. know who Smokey Robinson is or 2. know songs by or from him without knowing his name or face. You definitely should recognize his voice.

Smokey (real name William) was Berry Gordy's right-hand man at Motown Records during the initial start-up of that company. He became Vice President in the late Sixties and served in that capacity until Gordy sold the company to MCA in 1988. He retired from touring in 1972 to spend more time at his "day job," then went solo after a year. He then had a strong solo career. His biggest solo hits ("Cruisin,""Being With You") were in the early Eighties.

A partial list of songs written by Smokey Robinson for other Motown groups includes these huge international hits:
"My Guy" by Mary Wells
"My Girl" by The Temptations
"The Way You Do The Things You Do" by The Temptations
"Don't Mess With Bill" by The Marvelettes
"Ain't That Peculiar" by Marvin Gaye
and he wrote/produced/performed dozens of hits with his own group, The Miracles:
Shop Around
You Really Got A Hold On Me
I Second That Emotion
The Tracks Of My Tears
Tears Of A Clown
Now tell me you've never heard of at least half of those. 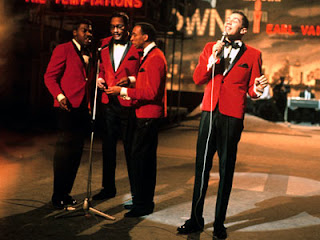 As a kid Smokey & The Miracles were my fourth or fifth favorite Motown act behind The Supremes, The Four Tops, and The Temptations. The Miracles have great songs, don't get me wrong! "Tears Of A Clown" and "Tracks of My Tears" are probably two of my all-time favorite songs, period. But in general, he doesn't hold the power over me that other singers do. For one thing, Smokey's falsetto makes it hard to sing along with him on the radio! For another, his songs, especially his solo songs, always seemed too "smooth" for me; I preferred the passion of Stevie Wonder or Martha & The Vandellas to all of them.

That being said, I'm pretty sure Motown would not have been Motown without Smokey and The Miracles, so for that on top of so many other great reasons I want to wish him a very happy birthday and many, many more! 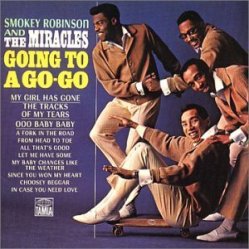 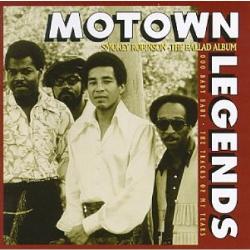 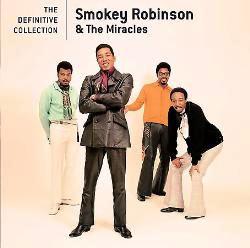