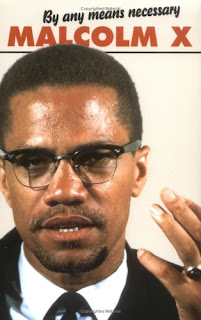 The facts of his life are long and complicated; however, it can be summed up in one sentence: Malcolm X  saw injustice and tried to right it. For that, he has been one of my heroes since I read The Autobiography of Malcolm X in junior high school.

If Malcolm X had lived I think he would have gone on to to even greater endeavors and not been anywhere near as marginalized as he has been. Like all assassinated leaders, the real tragedy is the "what could have been." I would like to think that he would have come to appreciate well-meaning White Americans, but he probably wouldn't have. He was in the middle of re-creating himself after his trip to Saudi Arabia, so perhaps he would have had an even greater role to play. 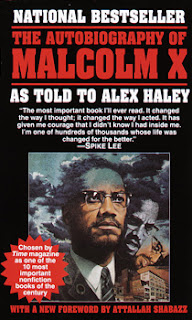 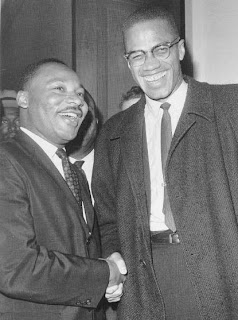 The only meeting between Malcolm X and Dr. Martin Luther King, in
March 1964.
Posted by Russell at 7:00 AM