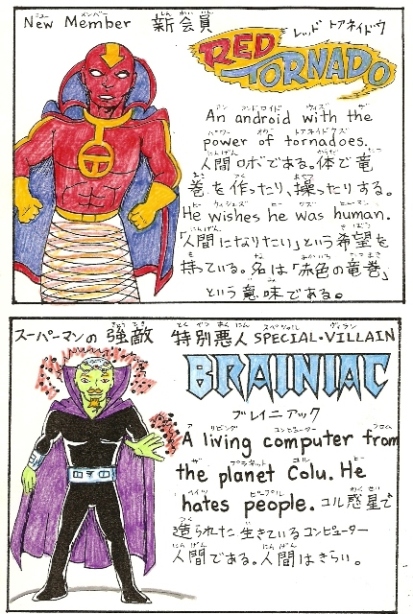 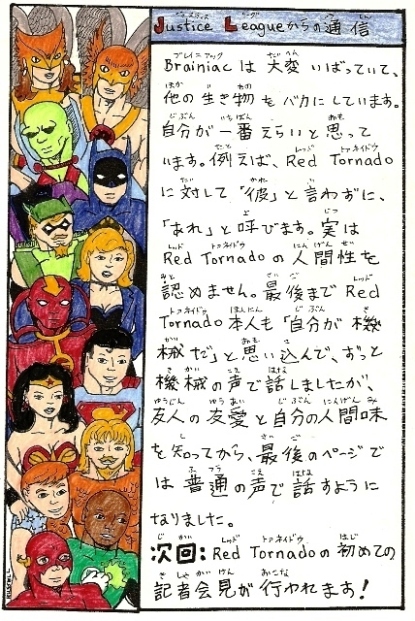 Brainiac is incredibly arrogant. He considers all other living things to be stupid. He thinks he is the greatest creature in the universe. For example, when he talks about Red Tornado he doesn't call him a "he," he calls him an "it." He doesn't believe in Red Tornado's humanity.  Red himself believes he is a machine
until the very end of this adventure. He speaks in a computerized voice whenever he is in costume. Then he realizes that he has friends and feels affection for them. He realizes that he is indeed human. On the last page, he begins to speak in a non-mechanical voice.

NEXT ISSUE:
Red Tornado's first Press Conference!
Posted by Russell at 7:00 AM