Yesterday February 11 was Tina Louise's 79th birthday. I know and if you're reading this you probably know, too, that Tina Louise was not a fan of GILLIGAN'S ISLAND, the vehicle that made her a star. She has commented publicly that she signed the contract without a clear understanding of the premise of the show and without having read a script.

I have read Russell Johnson's biography, Here On Gilligan's Isle, and he doesn't mince words saying that he and the rest of the cast knew the show wasn't Shakespeare. Natalie Schaeffer reportedly hated the show as well, and only agreed to appear on the pilot for a free trip to Hawaii, never imagining that the show would ever go on the air (and never go off!).

As someone who has done some acting and who was recognized wherever I went while I lived in Japan (because I was the only foreigner in a town of 4,000,) I think I can relate a little bit to Ms. Louise's sense of frustration. I can imagine that it would be hell to be known as "Ginger Grant" for the entirety of your career. However, on behalf of the millions of people who enjoyed the escapism known as GILLIGAN'S ISLAND in general and Tina Louise in particular, I would like to say THANK YOU and Happy Birthday to a wonderful actress, and although I'm sorry if her career didn't turn out the way she would have wanted it, I was thrilled that she was part of television history. 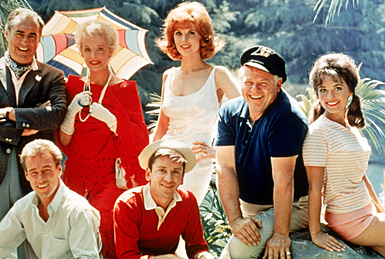 Which Ginger look is your favorite?
I don't know the actual names of the hairstyles, but there's the classic "wave".... 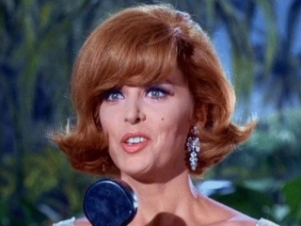 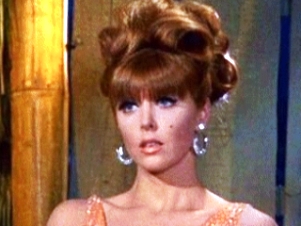 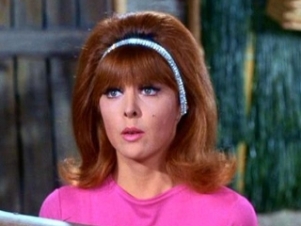 ...or my personal favorite, the straight look! 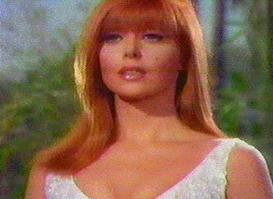 Here are Tina, Dawn Wells, and Natalie Schafer
lip-syching "You Need Us" from the episode,
Don't Bug The Mosquitoes
According to Russell Johnson's book,  Carol Conner sang for Dawn Wells,
but I don't know if Tina sang her own part.
Tina Louise did release an album so I'm guessing this is really her....
and Natalie obviously sang-spoke her part. ;-)
Posted by Russell at 7:30 AM