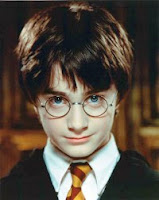 Today July 23 is Daniel Radcliffe's 23rd birthday. Believe it or not, little Harry Potter from the 2001 HARRY POTTER & THE SORCEROR'S (PHILOSOPHER'S) STONE is now 23. Can you believe it? 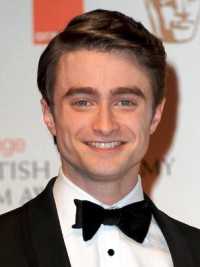 He seems intent on not being type-cast as Harry. During the hiatus after GOBLET OF FIRE he appeared in the play EQUUS by Peter Shaffer (who also wrote AMADEUS), a strong dramatic turn that required him to act in the nude. Since the conclusion of the Harry Potter movies he has appeared in THE WOMAN IN BLACK and will appear as Allen Ginsberg in the 2013 release KILL YOUR DARLINGS.

And of course, this past year he appeared on Broadway again in the revival of HOW TO SUCCEED  IN BUSINESS WITHOUT REALLY TRYING. He was nominated for a Tony Award for this performance.


HAPPY BIRTHDAY, DANIEL RADCLIFFE!
May you have many many more!!
Here he is on the TONY Awards with his
fellow cast members performing
"Brotherhood of Man"
Posted by Russell at 7:00 AM