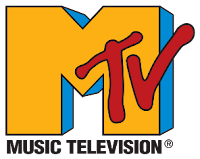 I don't know if I was part of the original MTV generation or not....I was in high school by the time it started in 1981. My family didn't get cable television at all until about 1982, then I went off to college the year after. So I was never one of those who screamed, "I want my MTV."

MTV, which originally stood for "Music Television" made its debut on August 1, 1981.

I have to say that I did enjoy watching it some when I first found it. It was always fun to see videos of songs I had already heard, or videos of groups performing. However, I was never a big fan of "story" videos like David Bowie's "Let's Dance" or any of Michael Jackson's videos. In fact, I really didn't want to  see a song with a "story" video before I actaully knew the song. That kind of ruined it for me. A good example was "Hungry Like The Wolf" by Duran Duran. I was never a Dx2 fan, so when their songs came on the radio I would switch them off. But when they came on MTV I would sit through them just to watch what was going on. That's why I have the visuals for "Hungry..." in my head every time I hear that song. I prefer my songs to remind me of things or places or people, instead of heavily made-up Brits.

Maybe that's why MTV finally changed their format, and don't play nearly as much music as they used to? I can't imagine that would be it, though. There was absolutely NO costs besides paying the Video Jockeys; the videos were supplied to them for free. So ad revenue would make this idea a no-brainer. Yet, in the mid-90s the format changed and nowadays you can't find ANY music on "Music" TV.

Oh well, it was nice while it lasted. I guess YOUTUBE is the new MTV?

Here's my favorite MTV video from that era....a song I almost never actually heard on the local St. Louis radio stations, "Good-bye To You" by Scandal.