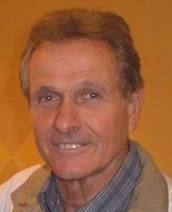 When I was growing up, on e of my heroes was Major Don West from LOST in SPACE. I liked all of the members of the Space Family Robinson, but I had a special affection for Major West. The family all chose to work in space as trailblazers, but Major West was either assigned or chose to join them. He was there out of duty or respect or affection for the family. He wasnt' related to the rest of them, but he loved them as if he was, and they loved him. 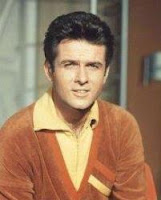 Mark Goddard the actor who played Major Don West for three seasons (1965-1968) had wanted to be a "good" actor. He looked up to the likes of Paul Newman, Marlon Brando, and Steve McQueen. He didn't want to appear on a kids' show, and it was evidently a misunderstanding or miscommunication with his agent that got his "stuck" Lost in Space. He considered it a huge step down, and couldn't wait to get off the show when it ended. He worked as a guest star around Hollywood for a few years (I saw him on the first season DVD of THE MOD SQUAD) until he worked for a few years on the soap opera ONE LIFE TO LIVE and then GENERAL HOSPITAL, where he co-starred with former LiS cast-mate June Lockhart.

Mark went back to school and got his master's degree in education. Although he sometimes appears at conventions or at publicity events, he is usually found at a high school in a suburb outside Boston as a Special Education teacher.

I met Mark Goddard at the 2007 Mid-Ohio Con here in Columbus, Ohio. He was as nice as can be. In-between other guests coming to his table we chatted about education (I taught English in Japan), football (Ohio State), and politics (he's a Conservative). I tried to get him to understand that he had been a role model to me as a kid; a kind of "big brother" figure with John Robinson (Guy Williams) as a father figure. (And yes, I know I had a real brother and a real father, haha!) 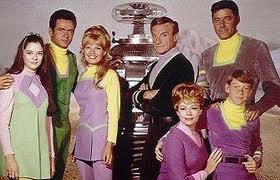 LOST IN SPACE is a stupid show, but it was wildly entertaining and part of the reason is because Mark Goddard was a good actor.


HAPPY BIRTHDAY, MARK GODDARD!!
Glad to know you're doing something you love!
May you be around to enjoy it for years to come!
(for some reason I can't inbed the video
I wanted to....so go here to see the third season
opening theme by John Williams!)
Posted by Russell at 7:00 AM