﻿ Back in 1967, Tommy James & the Chondells recorded a song written by Ritchie Cordell. It went to number four on Billboard's Hot 100. More than twenty years later, a 16-year old girl named Tiffany Darwisch re-recorded this song and took it all the way to Number One.

Of course, the song is about Puppy Love. However, there is no gender mentioned anywhere in the song (which is how both a boy and a girl could sing the lead). It's about kids "playing" together. And who do you play with when you're a kid? Kids of the same sex, right?
Check out the lyrics yourself: 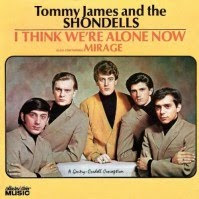 Children behave, that's what they say when we're together.
And watch how you play!
They don't understand
And so we're running just as fast as we can
Holding on to one another's hands
Trying to get away into the night
Then you put your arms around me and we tumble to the ground
And then you say I think we're alone now
There doesn't seem to be anyone around
I think we're alone now
The beating of our hearts is the only sound
Look at the way we have to hide what w'ere doing 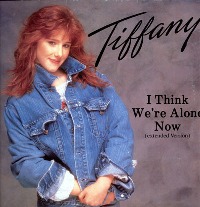 Cuz what would they say if they ever knew?

I'm not saying this is a gay love song. But it sure could be.

To help celebrate Pride, and the idea that these types of "secret love" songs are things of the past, here are both versions.