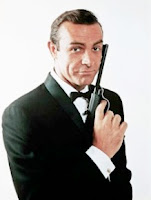 I don't remember the first James Bond movie I ever saw. My father used to take my brother and sisters and I to drive-ins and double-features when there was a movie he wanted to see was playing (or when Mom wanted the kids out of the house?). I know we saw a lot of Westerns and 007 movies then. I vaguely recall DIAMONDS ARE FOREVER....however, I distinctly remember he took us to the first-run Roger Moore movies LIVE & LET DIE and MAN WITH THE GOLDEN GUN. I'm sure I knew who 007 was by then (1973 or 1974). Because I was of that generation who knew both Sean Connery AND Roger Moore in the role, I often heard people discuss which actor was "the best." Now of course there have been six actors to play the part. So it's harder to say which actor is "the best." That being said, I do think I prefer Sean Connery now. As a kid I liked Roger Moore as James Bond because the films themselves were more "exciting." Of course, now they are more "stupid." And he  stayed in the role waaaay too long. I guess I should also admit that I don't particularly care for Daniel Craig in the role. I never got around to watching QUANTUM OF SOLACE because I thought CASINO ROYALE was dull. I promise to borrow it from the library and watch it soon. If need be, I'll update this page with my opinion on that film....!

In the meantime, here are the seven films in the James Bond series that I think are "the best." In chronological order: 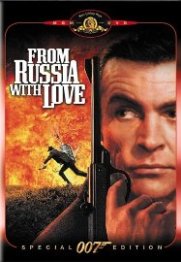 Many fans pick the first movie (DR. NO) as a sentimental favorite, and there is definitely a lot going for that one. However, FRWL is really the one that establishes the franchise. The globe-trotting is here, the overall menace of SPECTRE is here, the secondary and third-level bad guys are here, and the performances are all great. Sean Connery wasn't bored with the role yet, and it shows. The battle on the train between him and Robert Shaw is one of the movies' greatest fight scenes, bar none. 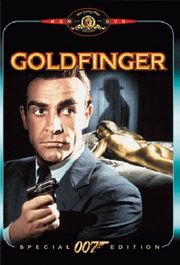 I think this is many people's favorite Bond film. Start with a great villain (Gert Frobe) and his forboding henchman, Odd Job (Harry Sakata). Mix with a brilliant plot of not *stealing* the gold in Fort Knox, just making it useless. Stir in wonderful side characters of the Masterson sisters, the Aston-Martin, a female pilot named Pussy Galore, a wonderful theme song, and a dead body painted gold..! What's not to like? It boasts lines we still use today: "I expect you to die, Mr. Bond." Perfection? 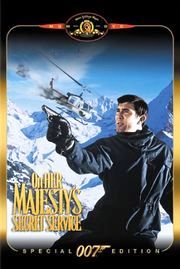 OHMSS is a failed masterpiece. It has some of the best action scenes in the entire series, filmed on/around the Swiss Alps. It has one of the best Bond Girls ever, Diana Rigg as Tracey. And it has more dramatic depth than most of the other films combined. If only it had Sean Connery....or Roger Moore, for that matter. If this is ever remade with a better actor than George Lazenby, watch out. It will be the best James Bond movie EVER. 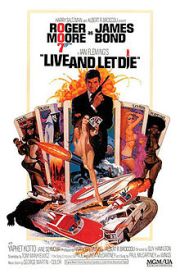 Is this a guilty pleasure because it was one of the first that I remember seeing? Even as a kid I thought the make-up on "Mr. Big" was terrible. And yet it fooled James Bond?!? Still, the drugs cartel, the voodoo, the beautiful Jane Seymour, the whole "exotic" locales still makes it work for me. 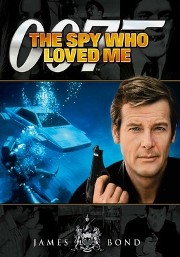 Another candidate for "perfect" James Bond movie, this is another one with *almost* everything. Beautiful Barbara Bach is a Russian spy who teams up with 007 for a new type of detente. Wonderful scenery such as Egypt, Sardinia, and the Bahamas, plus that famous sky-diving opening sequence. However, the villains of the piece fail to deliver...besides the humorous "Jaws" played by Richard Kiel, do you even remember the bad guy? Me, neither. 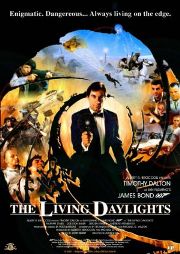 Count me amongst the fans who wanted Roger Moore out of the role after FOR YOUR EYES ONLY in 1981. He held on for two (!) more films. By the time Timothy Dalton came along he was a breath of fresh air! This film is a simple spy thriller, with plenty of realistic action but no lasers or metal-toothed henchmen. It didn't hurt that Dalton is a fine actor and he faced two-faced Jeroen Krabbe as his bad guy. 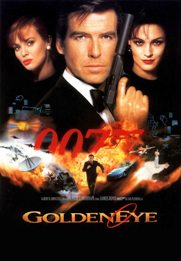 For legal reasons there were no 007 films between 1989 and 1995. That allowed Timothy Dalton to drop out after only two films, and for Pierce Brosnan to step in as Bond #5. His debut film was rich in characters: Sean Bean is excellent as his friend/enemy, Famke Janssen is great as an energetic assassin, and Alan Cummings is fun as a greedy scientist. The story was interesting and straight-forward. This was a grand slam for Brosnan. Although TOMORROW NEVER DIES, set in China, is another excellent film, the rest of his run hasn't aged well. Can you even remember which was DIE ANOTHER DAY and which was THE WORLD IS NOT ENOUGH?
Posted by Russell at 7:00 AM