Trillions & Trillions of Dollars in Debt 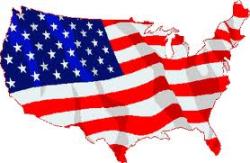 So I keep hearing that President Obama has put the United States more than $11 trillion dollars into debt. This is a bad thing. However, doing a little research I found that if dollar values were equaled out to a standard 2011 value, the amount of debt per GNP was actually higher in the 1940s and 1950s.

However, I'm not going to sit here and tell you that I think a budget deficit is good. I am a bit surprised to hear that both President Obama and Governor Romney are saying that they need to balance the budget, though. D'uh!! No shit, Sherlock. The question isn't yes or no, it's HOW??!


Imagine that you have a monthly credit card bill. For most of us, this isn't a stretch. Well, besides the special AQUAMAN SPECIAL #1 you bought last month that you did not actually intend to buy you have the recurring charge of Blue Jacket tickets, the Target bill, groceries, gas, water, gasoline, etc etc. And if you only pay off a little bit or skip a payment completely this month, the service charges and interest increases regardless. This is the situation we are in, multiplied by the trillions.

So how do we get out of it? There's gotta be three ways.
1. Stop or lower some of the recurring charges.
So instead of paying every month into Social Security or Medicare or the Defense Department or PBS,  cancel them or lower the amount we pay. In some cases, ask users to pay more of the fees.

2. Stop adding new charges.
I know how much you want to buy 1,000 new Super Duper Energy Hummers for the troops, but you'll have to wait until next payday to buy them. That's just the way it is.Stick to your agreed-upon budget.
3. Pay off more of the charges
Instead of paying the minimum $39.26, pay off $50,000. That would help in the long run.

So when either of the candidates say that we have to balance the budget, think of your own budget. Most of us buy things on credit, but we have every intention of paying the charge off. The US government has to be held accountable, too.

I'm against a Balanced Budget Amendment or anything like that. In real life, we get hit by sudden needs (our own personal disasters) when we have to buy a new car or computer we hadn't budgeted for. That's what credit is for! We just have to sign on the dotted line to have a payment plan in place.

Here's a few of my suggestions:

1. Cut the pay and services available to all politicians. Houses and/or apartments in Washington can be assigned (if they aren't already) and paid by the State. For example, the house in Arlington belongs to the great state of Vermont, and not to the Senator from Vermont. So when he loses his re-election, he leaves the house to the next guy. I think this happens some already, so make it mandatory. I know "cost of living" in Washington DC area is high, so take out rent and then the need to have a high salary is decreased. Each  politician would get a set "allowance" and nothing more. (May I suggest the salary from, say, 1980?) No health care package for the rest of their lives. No special perks or benefits. They are supposed to be OF the people; let them be!  If they don't like it, they can resign. There should be NO financial benefits for being a politician. None.

2. Cut every program in the federal budget by 2% to 5%. Yes, every program. Some will be easier than others, but perhaps people who want to keep funding PBS, for example, can contribute to that fund instead of to either of the candidates. We are all in this together, and there is no reason that any "special" fund should be singled out as "untouchable."

3. Establish a rule that says each candidate can only acquire so much money for their election campaigns. If you take in more than the set amount, you have to give that money to a charity of your choice. Socialist? Communist? Call it what you will, but it should be a crime that President Obama's re-election campaign has millions of dollars to play with while veterans' benefits are being slashed. If Super PACs have millions of dollars to give to a candidate, that money could be better spent by going to Food Banks.

4. Put actual Accountants in the Department of the Budget. Whenever there is a Disaster or some other urgent need, have an actual plan for when that money is going to get paid back. Kind of like what we did with the automotive "bail out" last year. Say the federal government pays Florida $6 million for damage caused by Hurricane Xavier. The Accountant in Chief would tell the citizens of Florida that driver license fees in the entire state would go up by $1 for the next four years or until the money is paid back, whichever comes first. That money would be paid by the Floridians to their State Government, who would then pay back the Feds.

Frankly, I don't see that the debt is a real election issue. I could be wrong, but I think both parties are equally guilty of either ignoring the issue or blowing it all out of proportion, depending on who it is. 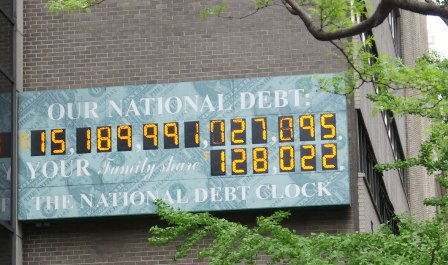 Email ThisBlogThis!Share to TwitterShare to FacebookShare to Pinterest
Labels: Opinions